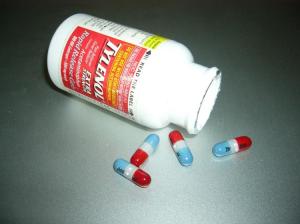 Many people have reported strong ties between their physical and emotional pain. There is a near-standard sentiment among self-harming individuals that they want their physical pain to feel like their emotional pain. People around the world, in every culture, have reported feelings “hurting” or causing pain. These people have found comfort in companionship and love, but what if they don’t have those things? Is there a medical practice that can help people feel this pain less?

According to a series of studies, acetaminophen, the main ingredient in Tylenol, can help ease emotional pain as well. People who took Tylenol before a social interaction in which they were ignored or left out reported fewer hurt feelings. The same results have been presented for those who have recently experienced a break-up. This has been the result of several studies, and is finally garnering some scientific credibility.

I found it interesting that the opposite could be true. Feeling included or cared about could actually relieve the amount of pain a person experiences. In some studies, a person looking at a picture of their partner actually relieved more pain than holding their hand!

I’m not saying you should start taking Tylenol for your everyday hurt feelings, but it is nice to know that research is being done – and results are being found. You can read a summary of these reports at Psychological Science.