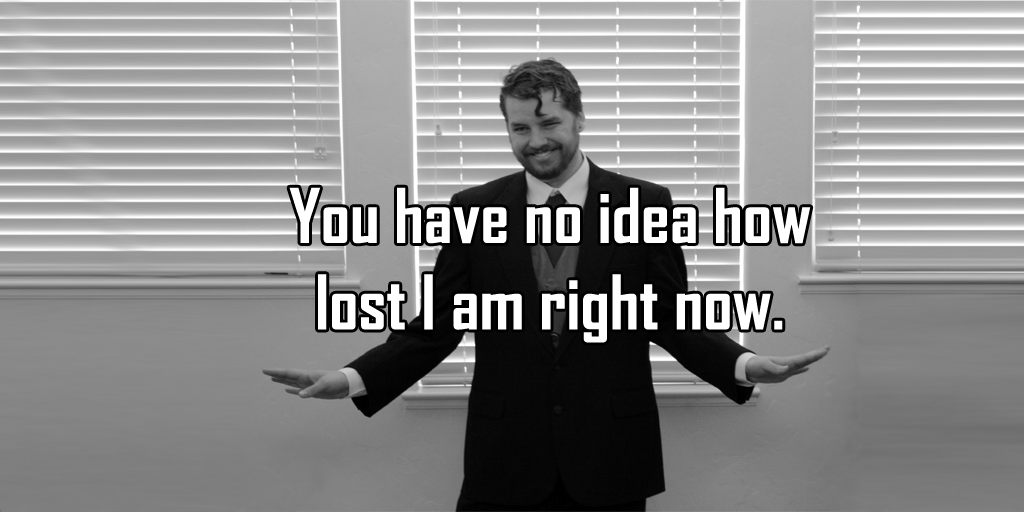 For over a decade, I’ve been learning how to work. Isn’t that a strange thing to say? It’s true, though. I’ve always had work of one kind or another, of course. But that’s not what I mean. At those jobs, or even working for myself (which I’ve been doing exclusively for nearly a year), I always run into the same problem: Despite energy, passion, drive, and dedication, I sometimes find myself unable to finish large tasks or projects that require participation of more than one person. Recently, I was able to put this experience into words for Jenny, so I’m glad to be able to share this with all of you.

When I was a kid, I was very self-sufficient. My twin brother and I were the only parents any of my mother’s kids had. We had to make difficult decisions on behalf of our siblings. We had to work, and find ways to make sure they were healthy. But no matter how hard I tried, I still made mistakes. My parents would come home, sometimes after being gone over a month, and be upset with the decisions I’d have made. It didn’t stop with scolding, though. I felt compelled to explain everything, which I now realize was the worst thing I could do with the irrational man my mother was married to.

The more I’d explain, the more fuel Dirk would have in his attacks. Either he’d take exception to other pieces of the puzzle, or he’d assume I was trying to assume his role in the house. If either of those buttons were pressed, that was it. Dirk’s idea of punishment was always a horrifying experiment in child torture. A busted collarbone aside, he worked hard to not leave marks visible to others. Dirk was an enormous man. A fire-systems installer, he was one of the strongest people I’d ever met. He also lacked impulse control. His favorite toy was a belt, because “spanking” is okay for some folks. I’m not okay with it, but I wasn’t the adult in this scenario. Dirk would use his full strength to “spank” us with a wide belt.

These strikes were more than the deterrent he called them. They were undoubtedly physical abuse on a gross level. I would end up with blisters on my butt and thighs. Not the red weals that show up if you hit skin to hard, but pockets of blood and plasma, scabs,  and bruises that would cut through the fat and muscle, making it physically impossible to sit for hours, even days. This is one of the many factors that left me with PTSD that still affects me now. These punishments were for making decisions in often trivial matters, and I had no way of knowing which choices would earn respect for “acting like a man” or punishment for “acting like the man of the house.” By the time I was able to leave my childhood family, I was already deeply scarred, especially on the level of my psyche that controls confidence and self-preservation.

As a teenager, and then as an adult, I stayed consistently employed. I’m a hard worker, with a passion for my work, and a need to appease my supervisors. This ease in dedicating myself to the matter of earning the approval of my superiors is a straight-forward direct correlation with being met with chronic disapproval as a child. That part was easy for me to identify, and I’ve never minded, because it helps my work ethic, even if it’s not the healthiest thing I do. But the effects of my PTSD didn’t end there, unfortunately. It took me years to identify the most problematic aspect of my chronic shame: An unhealthy inability to finish complex tasks or work on a team project. For all of my adult life (until a week ago, actually), I would run into a small snag I couldn’t resolve, and the shame and helplessness would take hold.

This began the cascade which has led to most of my major mistakes as both a child and an adult. It’s rarely life-altering, but it has shaped my life for decades. I run into something that triggers my inability to resolve it on my own. Say, cleaning a large area which includes possessions of other people, and not being able to make decisions about those items. Then my brain runs its self-preservation protocol, which runs like so:

With this sequence, I can go from my pattern or routine straight down a rabbit-hole of unproductivity. Sometimes that rabbit-hole is cleaning, sometimes it’s filing, sometimes it’s Facebook, or apps on my phone. To anyone else, it looks like I’m avoiding my work, but inside my brain, I’m doing the “right thing.” When someone calls me out, or asks me to return to the previous task, I’m usually good. But sometimes I’m not. Sometimes, the association of helplessness, guilt, or shame with the project is enough to begin the cycle all over again, and I’m upset for no logical reason.

Most of the time, that upset is just a layer of my feelings, easily worked around. Other times, it’s strong enough to be a true distraction. Thankfully, I have a strong worth ethic, and an enormous drive in regards to personal accountability. These two traits are what keep me going. It’s not easy, and it’s anything but fun.

It’s enough to ruin my day, even though I never take it out on anybody else. That irrational emotional reaction leaves me fretting over the task not done. Even if the rest of the day is terribly productive and successful, I’m still left with the tart flavor of shame in my mouth. Armed with this revelation, hopefully I can untrain this association and the response cycle. It will take work, but I’m ready to toil. I will get there, someday.