I’m having such a good laugh over the Sochi Problems. Not only are they drastically under-prepared, but the 5 ring lights only lit 4 rings, the torch went out, and hundreds of thousands of reports are coming in of unsafe environment. 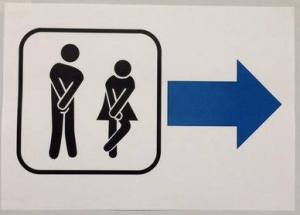 This one is just funny.

Some of my favorites (aka reasons I’m not watching the Olympics this year):
Killing loads of stray dogs.
City transit that advertises pickups every 5 minutes, but only show up 1-2 times total per day.
Visitors to the Olympian stadium having to pay LOCALS for transportation.
Signs in restaurants refusing service the CIA and FBI agents.
Signs telling people not to fish in the toilets.
Urinals that are little more than holes in the ground.
2-8 toilets in a room, with no dividers.
Signs warning people to NOT flush tp. I can forgive this one, it’s fairly common during world travel, but still – after 7 years, and billions of dollars, they should have had this one.
Manholes being left uncovered.
Roads being unfinished.
Open sewage less than 50 yards from the stadium.
LGBT protesters being arrested in hotels, on the streets, and at the stadium.
Dozens of debunked propaganda statements from the government.
Surveillance cameras in the bathrooms – confirmed by a government official when he claimed that they had footage of Western visitors turning on the taps and then leaving.

Oh, to be the Russian government. I’m not watching one minute of the Olympics this year. I’ll share more on my political opinions sometime soon.