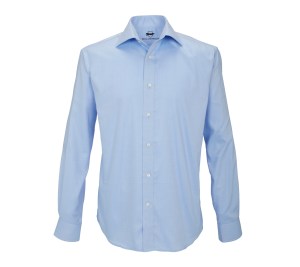 Shirt for sale at http://www.paulcostelloeman.co.uk/

Seven years ago, I was wearing a blue long-sleeve shirt. It was robin’s egg blue, my favorite shade of blue for when I’m tan. A friend came up to me and complimented it. She said it made my eyes look nice. Instead of saying “Thank you so much!” or something else similarly appropriate, I said “I know, right?”

^That was me banging my head on my keyboard. Literally. That’s how much this stupid little conversation is bothering me. I’m not conceited, or snobby. I just didn’t know how to respond to a compliment because I had received so few over the years.

I can’t stop thinking about mis-steps and mistakes from years ago. I try doing all the little tricks to forget them. None of them work. I’m ruled by my anxiety some days. There’s nothing to do about it, I just can’t shut my brain up. Instead of worrying about things that make a difference, I obsess over conversations from when I was a teenager, which is so helpful. I get overwhelmed with guilt, shame, and general embarrassment. My face and hands start to sweat, and my heart starts racing. I’d give anything to go back in time and apologize to those people.

But nothing changes what I’ve done. No amount of logic is calming my brain down. It’s completely pointless and utterly unhelpful to have a panic attack over something this trivial. I still had a good half hour of not being able to do anything.

I make lists in my head of all the things I’ve done wrong that made no difference in the world. I think of all the little things that have hurt my family or friends. I beat myself over the head with them because I don’t know what else to do with them.

It’s hard to deal with this kind of anxiety, because there is no possible way to explain it completely. Someone once asked me why I was crying and I said, “I spilled tortilla soup on my bosses shoe in 2005!” They asked if I had spilled a lot, or burnt her, or something. Nope. It was a tiny drop, but her shoe was soiled!

These scenarios inevitably leave my companion of the moment bewildered, or convinced that I’m “overly dramatic.” I wish I could change it. It just feels so real to me in the moment that I can’t help but feeling it.

This is intrinsically tied into my PTSD. I have so many strong associations with being “bad” or “wrong” that anytime a new one comes up, it is added to the roster of my flashbacks. This means my brain has a never-ending supply of guilt, shame, or self-loathing. It’s good to know I’ve got my own back, and a knife to stick in it.

As an update: I still feel like crap, and have been emotional all day. So has the Girl. We may both be the victim of the weather, or some kind of minor sickness. I hope it goes away.