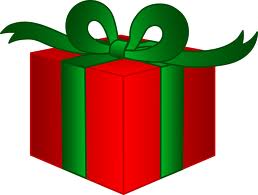 Growing up, there were … challenges to being poor, and having parents in denial. We didn’t celebrate holidays all that often, but when we did, we thought it would be awesome. The truth of the matter was that my parents only went through the motions of getting decorations and such when we were too poor to actually do anything with them. More than once, I woke up to open Christmas presents, and there were bags of rice, or bricks in the paper.

I remember one year, my bio-father came over, and started handing out gifts. It was awesome. Until I realized he had stolen them all. He had gone into a store, and stolen one of those 6′ novelty stockings full of toys, just so he could say he gave us presents. About 10 other times, all I got was an I.O.U. and a sad, defeated smile.

I haven’t looked forward to Christmas in decades. This year is quickly changing that.

I went on a bit of a wrapping spree yesterday, and wrapped a crap-ton of presents. I also finished making several, which felt really good. I was laying out the contents of the stockings (to make sure there was a fair distribution), and I was hit by the number of presents going out this year.

It makes me feel so good to know that the presents our kids will get will matter. They will be gifts they cherish. Thought and love fill every one of the presents under our tree this year. There are so many presents under the tree, and not one of them is for me. That’s the bonus bit, to come later. Jenny wants to wrap all my presents at once, so I have to wait. I’ve also been forced to promise not to shake any of them. Jenny is a real bummer sometimes. 😛

Right now, I’m having an on-off relationship with the living room. I know I have to go in there to unplug the Christmas tree lights, but then I have to look at the presents. I will have to suck it up, wipe my eyes and move on. I’ll be glad to though, because this Christmas, nobody in my house will open a God-damned bag of rice instead of a real present.

P.S. FUCKING SCORE! Snow this morning makes me happy. I’ll be in front of the fireplace all day if you need me.