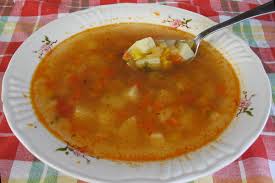 The internet has pictures.

I’ve remembered something about myself over the last year: I’m an awesome cook.

When I was a little kid, both of my grandmothers wanted me to know how to cook. I don’t know why. Probably because they both liked cooking. But I know them both well enough to know that they didn’t get together and decide to teach us how to cook. They weren’t friends, despite being neighbors for decades.

However it came to be, each of my grandmothers managed to impart different skills. My Grandma taught me how to bake like a madman, and to “taste” my food without my tongue. My Granny taught me how to use spices, salt, and cream-type stuff.

I’ve always been pretty awesome at odd things, like mashed potato doughnuts, and casseroles. Both of my grandmothers lived through the Depression, and learned to make food work for them. I’ve also always had a firm grasp on measurements. I have always used my hands to measure things, never bothering with spoons and measuring cups. I didn’t need them.

I got some formal training while managing a restaurant. Not a lot, just enough to know what was going in the food I was serving.

Over the last five years or so, I’ve had to come up with some new recipes. Living as a vegan (which was short-lived), being poor (long-lived), etc., I had to be creative. I’ve practiced the art of replacing just one side of a grilled cheese sammich, because it got burned, and I didn’t have enough bread (or cheese) to start over. I’ve found a dozen ways to make meat-free foods taste like, well, food.

But something new has been happening over the course of the last year, and it’s awesome. I’ve been cooking. Like, with ingredients and shit. People don’t get mad when I mess up – because I can fix it. I also have tips for improving other people’s recipes, if and when they ask. I’ve been invited into the family kitchens during dinners, holidays, you name it.  I’ve messed up dishes, and then recovered them like nobody’s business. I’ve been able to add to the depth of flavor in family meals, by knowing when to add cardamom and when to add coriander. It’s mostly instinct for me, but I’m glad I have it!

When I told my future mother-in-law that I had once made a cherry-caramel pie, she and Jenny jumped all over it. Of course, now I had to find a recipe. I’m notorious for leaving every single belonging behind me when I move, so I knew I didn’t have the recipe any more. I turned to the internet. It didn’t exist. I challenge you to find one. It doesn’t make any sense, but there it is. In the end, I reverted to the look-at-it method.

You look at your food. Does it look right? Why doesn’t it look right? Is it the right color? Sauce too thin, or too thick? It goes on. I started the sauce – just caramel. Didn’t look creamy enough. I added cream. Tasted too sweet. I added a little salt. Not a rich enough flavor. Cinnamon. Done. Mix that shit with some cherries. Toss a lattice crust on there, because it better look good if I made it, and egg wash to make it look crispy. Bake it. Now it’s food. I made it this year for Thanksgiving, and a TON of people made a point of trying it, and telling me how much they liked it.

I’ve had to rely on this method several other times this year. The mac-n-cheese for Easter, the gravy at Thanksgiving, and just the other day – turkey soup. Each time, I was starting with only part of a recipe in mind. You know, like remnant parts of a puzzle. While working on the soup, it occurred to me to turn it into a tortilla-soup type of dish. Used some salsa, tomatoes, cheese, tortillas, corn starch, turkey, and homemade turkey stock (made by Jenny). It was awesome. Problem was: too freaking spicy.

Nobody could eat it but me, and it gave even my stone stomach something to complain about. I ate 8 cups of that soup, along with about a bag of tortilla chips. I’m carbed out for the month, and it’s only the 8th. Good thing this month is Christmas, because I have an excuse if I gain weight. Thank God for Pagans and the Christians who like to steal holidays.

Also, thanks to Jenny’s cousin Elena, who introduced us to cider, ginger-beer, and bourbon (2x2x1). It’s an awesome seasonal drink.

Lesson for the day: Experiment with your food. It’s worth it.