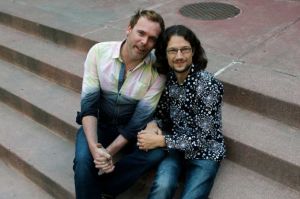 I came across a ruling that a Colorado judge ruled that a cake-maker was required to serve gay couples. Strangely enough, I’m bothered by this ruling. I believe strongly in a company’s ability to refuse service to anyone they please. It doesn’t matter if it’s discrimination.

It’s Hobby Lobby all over again. What it boils down to is that those companies that discriminate against abortion, gay marriage, whatever, are going to lose business in some places, and gain business in others.

I don’t believe it is the state’s place to punish companies for making decisions that don’t have direct victims. I suppose you could argue that the gay couple in question were victimized by the cake-maker, or that women who aren’t provided birth control by Hobby Lobby are victims, but they aren’t. Any person has the choice of where to put their business or where to work.

If you don’t like the practices of a business, help them lose money by not giving them your money. I am appalled at the very thought that a person would buy a cake from someone who may do a poor job of it on purpose. I would never hire someone to do something for me if they have a problem with who I am. I wouldn’t want to take the risk of sabotage.

At the end of the day, the government shouldn’t be telling people how to run their businesses, nor should they help them do so. If a company makes poor decisions, they will die out. Don’t put your mouth where your heart is. Rather, put your money where your heart is. If you don’t like Hobby Lobby’s policy of refusing birth control to its employees, don’t shop there. If your cake decorator wants to refuse you service because of who you are, then don’t fucking force them to make a cake that tastes bad.

Remember: Invest locally, and you can choose which companies make it in your town. Use word of mouth to damage or boost the companies you have strong feelings about. End of rant.