Don’t flame me, and as always, don’t take what I say here as fact. This is an opinion piece and you are allowed to hate it. I will delete your comment if it’s hateful for the sake of hate. Just a warning. The thing is, my Facebook feed, Twitter, Feedly, you name it, they are all FULL of God, hate, and sad/lonely feelings. You know why? Because it’s 9/11. I hate this. It was a sad day, yes, but guess what? I don’t give a fuck. It was ONE DAY.

Now, before you start hating me, let’s put some shit in perspective, okay? Do people fill your feed with sadness, or God, or anything on September 1st? No? How about December 12th? No? Really? Try April 19th? THIS is why I hate 9/11. It’s a fad. Really. Do you know what those dates are without Google? I do. December 12th, 1937 is the day the USS Panay was bombed in an attack from Japanese troops in China. This was the first attack of what would become WW2. Did you even know that this was an event? Let’s try September 1st, 1939 on for size, shall we? This was the day that Germany invaded Poland, bringing Europe into the war officially. Now, this is a big one. April 19th is the day Timothy McVeigh and Terry Nichols bombed the Alfred P. Murrah Federal Building. 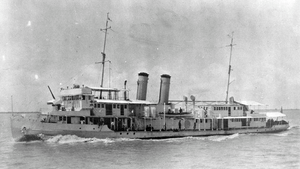 The Oklahoma City bombing was the most destructive act of terrorism in America ever, until 9/11. Do you know why it bothers me that we focus so much on 9/11? It’s because it’s easy for us to hate Muslims. When the Oklahoma City bombing happened, people across the country sent money, volunteers, prayers, and love to Oklahoma City. What else happened? We hated Timothy McVeigh, and managed to forget that he had a total of three accomplices. We forgot it very quickly. There is a beautiful monument there. There is a memorial service every year, at the time of the attack. But most people in America are completely unaware of this.

The American response to 9/11 was just flat out bigoted. We had should not have gone to war. Americans supported it out of fear, hate, and prejudice. After the OKC bombing, we didn’t go to war on Americans because, well, how do you blame the whole country for four people’s ideals? For the same reason, we never should have gone to war in the Middle East.

I’m sorry, I’m waxing political, and I shouldn’t do that. I hate politics, and have ever since 9/11, because I was a kid then.

My point is, we don’t have country wide remembrance services for ww2. We don’t have a moment of silence in schools for the OKC bombing. What we do, instead, is focus on the groups we can hate. The people we can feel good about being racist against. The Japanese American citizens were mistrusted during WW2. They were forced to abandon their homes, friends, and careers, and moved into what were basically concentration camps. They lost their homes, as Californians all over the state snapped up properties that were cheap because they once belonged to the then-feared Japanese.

Now, we fear and judge Muslim Americans because of their faith. We feel justified in this because of the attacks on the world trade center, the pentagon, and the recent attack at the boston marathon. But we shouldn’t be remembering these days because of hate. We shouldn’t be constantly reminding each other of these days. If you choose to have a moment of silence for those men and women who died in the 9/11 attacks, you should take a moment on September 1st, or April 19th to remember those other people who died. None of the OKC victims died because of an extremist group. They died because of American extremists.

God is a personal thing. Your hate, and your love, are personal things. You are a personal thing. Drop the hive mind that is American judgement, and be an individual. Use your compassion yourself. Keep your hate and fear to yourself. Raise your children to never fear people for who they might be. Teach them to love people for who they are. If you feel the need to invoke God, do it for yourself. Do it for peace. Do it for your children. Don’t turn God into propaganda. And don’t feed propaganda with your fear. That kind of thinking is why citizens of Russia are being arrested and killed by their neighbors, just for being who they are. It’s not right for them, and it’s not right for us.

I love you all, dear readers. Please remember. Carry on.