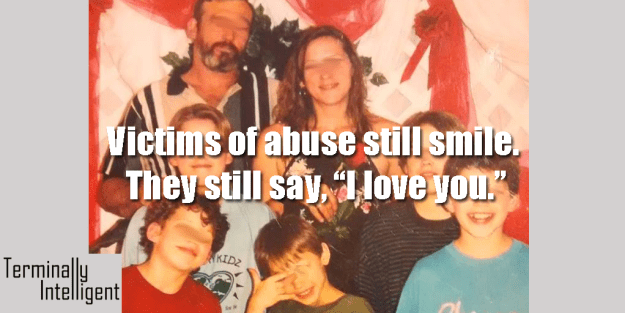 Domestic abuse is a topic rife with stigma. This terrible phenomenon is all too common. If you know 10 men, and 10 women, you will know (on average) 4 people who have been the victim of domestic violence. That statistic covers sexual and physical abuses, but does not include financial, emotional, or social abuses.

What this comes down to is simple. You know someone who is at risk, or who is (or was) the victim of domestic abuse. There is much to know, but here are the ten facts everyone needs to know. As I cover each point, I will recount the experience our family had between 1999 and 2006.

A bonus point in that, as you can see, is that abuse can go both ways. Many abusive partners do not realize they have begun abusing their partner. Others reciprocate in kind. They return the abuse, ensuring a continuation of the abuse cycle.

If you think (or know) someone needs your help, please reach out. Contact the hotline below to secure help for men, women, children, and individuals with disabilities.

The National Domestic Violence Hotline:
Advocates are available 24/7 at 1-800-799-SAFE (7233) in over 170 languages. All calls are confidential and anonymous.