TRIGGER ALERT: This whole post is likely a trigger. Don’t read it if you are sensitive to such things. 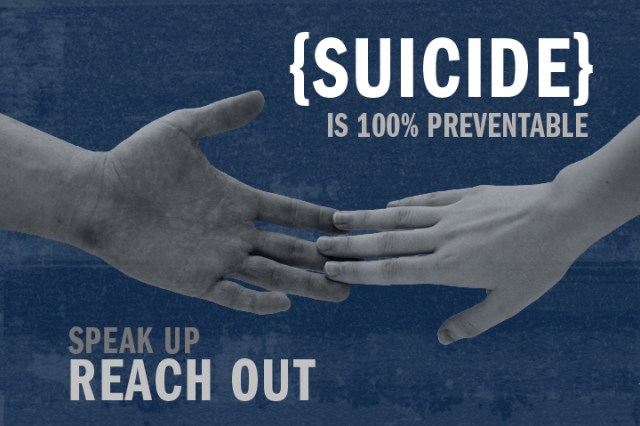 I like to believe this, and I hope it’s true.

I’m so tired that I’m shaky. That doesn’t help what I have to deal with. Last time, back in late January, we spent the afternoon at the hospital, and checked him in at evening time. The timing of this one was such that we did it overnight, and the kids were asleep the whole time. That was convenient, but it also meant no sleep for me or for Rory. He’s likely asleep in the hospital right now, medicated. I have the job of keeping life together while he’s gone, and responding to the copious and amazing support from our loved ones. And doing some things that he’d promised to others.

So yeah. Rory is in the hospital again, with suicidal ideations, and more, which I won’t go into. But unlike last time, this time he cut himself. A few minor cuts on one arm, and a nice big one on the other arm that required six stitches. I took a photo of it, for posterity and all (with his permission and encouragement). I hesitate to post the photo, though, even though he encouraged me to do that, too. Just picture a really clean slice into the hairy part of your forearm. Yeah. It looked just like you’d expect.

So here’s what happened. Rory’s medication hasn’t been working properly for months. We’ve been trying to adjust it (under a doctor’s care), but with no improvement. The match that ignited this tinder was that last Friday he got bad news in the mail. We had a really rough day. He stayed up late and contemplated cutting himself with a razor blade (which I later disposed of). Instead he wrote a blog post and listened to music and stared into space. I woke up at one point and he said he thought he needed to go to the hospital. He called but there were no beds available. I extracted a promise that he wouldn’t do anything rash while we slept that night, and we both managed some sleep at that point. The next day, he said he was fine (I let him sleep until noon, and wrote this blog post before he woke up). Turns out he just wasn’t telling me the truth; he hoped it would get better, or something. Didn’t want me to worry. Or something. Logic when you’re in that mental state isn’t at its best.

Then, he was obviously struggling during the weekend and early week, but he put labels like “anxious” and “paranoid” and such on his mood. I tried to be there for him, but he wasn’t telling me the whole story.

But then this morning at 12:15am, he woke me up by calling me on the phone, since he was upstairs and I was downstairs, and said that he needed me to take him to the hospital. He eventually said that he needed stitches, that he’d cut himself badly with a razor blade. I helped clean him up as best as I could, but I was in that “just woke up in the middle of the night” disorientation. He told me, after I pressed, as we pulled out of our parking space, that he had been working himself up to suicide, by starting with cutting. Fortunately, after doing these non-lethal bits of self-harm, a notification went off on his phone, that he happened to have in the room with him. It was just some random stranger that he’d been playing Draw Something 2 with, but she nudged him to take his turn. That was enough to make him pause, make him think about what he was doing, and make him call me to get him to the hospital. Thank you, Hailey P.

In the hospital, they put him in a bed, took all his clothes away, talked to him, examined him, drew some blood, gave him a tetanus shot (the razor blade he used was rusty), made him pee in a urinal thingy, and finally, after like 5-6 hours of being in there, was evaluated by a psychiatric guy. Then Rory finally got admitted for care.

I miss him dearly, and it’s weird to not have him here. I worry, tons. But I know he’s safe, and that he’ll get some rest there. Even more, he knows he’s safe, or at least he did the last time he was in the hospital, so hopefully he can stop worrying about a few things and focus on getting better.

What do I think? How do I feel? I’m relieved that he’s safe, that he didn’t go through with it, that he still had enough of his brain in reality to stop himself. I’m also terrified of the future. I am unsure what I’m supposed to do when I can trust him the vast majority of the time, but the he blatantly misleads me when it fits his suicidal ideations. I hope beyond hope that the doctors can find a medication balance that works well enough to keep him stable.

I love and adore this man unconditionally, and want to keep him with me all the days of my life. I know that any suicidal thoughts or tendencies aren’t about me, or any of the people who care about him, or whom he cares about. There’s not much I can do to prevent suicidal thoughts, nothing really I can say to make it all better, though. That’s not how this works. But I can give him the love and support that creates a healthy environment for him to live in.

I also feel like I failed him. I knew there was another razor blade in a certain drawer in the house. And a few days ago I went looking for it in said drawer. But I couldn’t find it, for some reason. I overlooked it, I suppose. I wasn’t thorough enough, I guess. Because that’s where he found it last night. In that drawer. If I’d been able to find it and throw it away, it wouldn’t have made him not suicidal. But it would have avoided the cutting, likely.

I’m not sure yet whether or not I’ll be able to visit him tonight. They don’t always let you visit on the first day. But I’ll be there every day that I can. As I told him in the emergency room, “This is what unconditional love looks like.” He hasn’t had much of it in his life.