If you don’t already know, I’ve started taking an anti-depressant. I tried taking this once before, but it reacted poorly with the meds I was taking then. Now, though, I’m on such a different med routine, that we thought we’d try again. 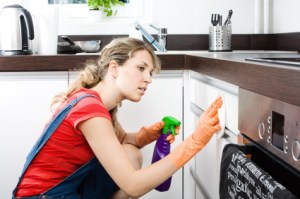 The other day, I realized that I have been cleaning. Like, not CLEANING, just cleaning. It’s nice! I get the satisfaction of getting to make the house more organized, without obsessing over whether to organize the towels by size, weight, color or age. I can also dust the walls without sanitizing them!

So, I took the initiative, and decided to organize the linen pantry. At first, I was pretty okay. I was just making room for new towels. No big deal, right? Then I discovered that over the years, the organization method originally implemented in this pantry had been corrupted. There was an odd pillow case here, and a torn bath mat hiding over there. No biggy, I’ll just put those back into place. Oh, there’s no more room there. I’ll just move this there, and that there, and -oh.

I ended up taking out everything, and organizing it all from scratch. It wasn’t as bad as it could have been. I still didn’t organize anything by weight, or age. But color and size had their say. I ended up spending about 4 hours on a task that could really have taken 20 minutes.

I’m not complaining though. It didn’t spark an all night cleaning frenzy that would find me up at 3 am, scrubbing the ceiling above the washing machine because I saw a spider walking there. Don’t get me wrong, spider feet are pretty dirty, but I don’t feel the need to sanitize the ceiling these days, so I think I’m doing alright! I hope everyone else is having a good week so far. 🙂

P.S. I have sulfur burps. It’s terrible, and I hate my body right now. Just saying.

P.P.S. I hate this waking up early shit. I know it’ll be great in the long run, but right now, I just hate everyone until 10 am.