In a small town in Arkansas, there is a group of teams called the Tigers. They play for my pseudo-childhood-hometown Prairie Grove. They have had a rivalry since before anyone can remember with a nearby town, Farmington (I know, even I can’t believe how redneck it is that our biggest rival was a town called “farming”-ton). The Farmington team is the Cardinals. These teams are cut-throat. Each team has mocked, jeered, and tormented each other. Property has been defaced in the name of this feud, and many a hurt feeling has made rounds. All that is ignoring a certain statue that was once stolen…

In any case, the two high schools participated in something really cool. McKay Gregson, the basketball team manager (read: waterboy/laundry dude), got to play in the last home game of the season. This is pretty awesome, because he has a disorder called 22-Q-11 Syndrome, which is a bit like autism. 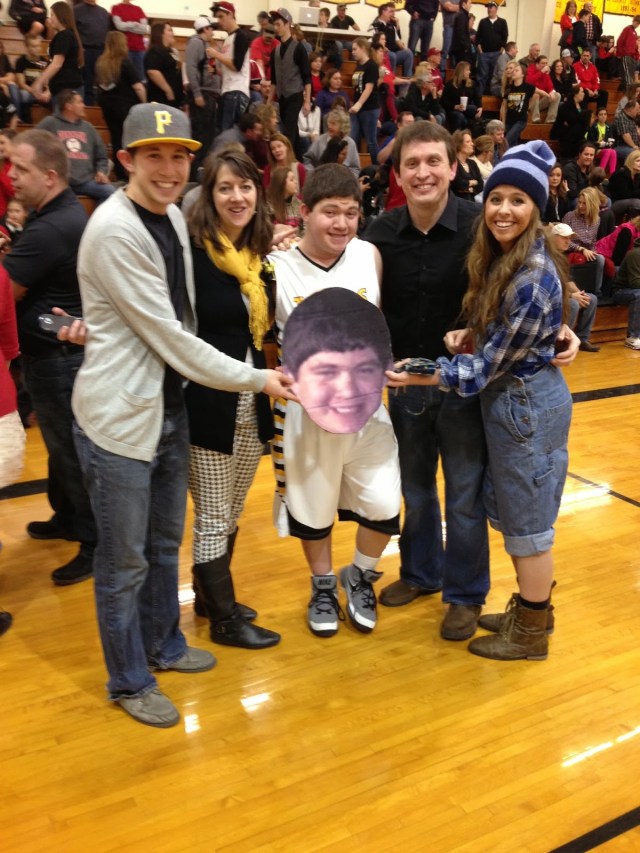 The Tigers were losing, and in the last 10 seconds of the game, they sent Gregson in to shoot. He shot for a 3 pointer and missed. Not to miss an opportunity this awesome, Farmington player Jeremy Mueller passed the ball back. McKay got another chance, and successfully shot a 3 pointer. This put the Tigers at a 2 point lead. That means Mueller, in the spirit of good sportsmanship gave up his teams chance at region. Both sides of the crowd cheered like crazy, and for the first time in my memory, both teams were glad a the winning point was scored. You can see the whole 40/29 video here.

I think this is a pretty cool small-town win. Total props to Mueller for being a good sport. Also, props to Kyllie McCmullen for reminding the coach that their manager deserved a chance to play. Good girl.

On an unrelated note, I just realized that Gregson is a super common name there… I mean, it’s got nothing on Cole, or Dobbs, but those are a separate story.