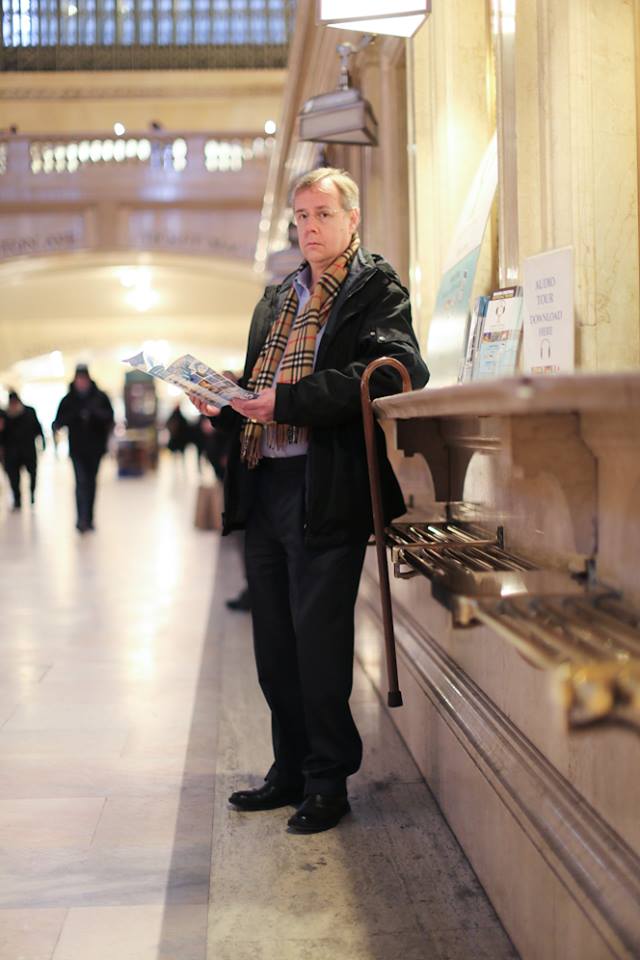 This man was featured on the world-celebrated Humans of New York (HONY) blog. I have to say, I agree with him 100%. Too many people use their status as a member of a group to demand respect, and they get treated like crap instead. This applies to lawyers, doctors, engineers, LGBTQ/Q groups, and racial groups.

There are a few reasons bias and discrimination exist, and I have watched them in action many times over the years. It’s actually been very interesting to see who gets it, and who doesn’t.

The first reason discrimination exists is ignorance. Not stupidity (the inability to learn), not fear, just a lack of knowledge. This can happen because people don’t know what to expect, or from mis-information from others. A decent example is schizophrenia. When a person meets someone during a schizophrenic episode, they may assume the person is possessed, as seen in many cases throughout history. It’s not that the other person is “bad” or “immoral,” it’s that the observing party doesn’t know what they are seeing. Ignorance is probably the single biggest cause of bias, prejudice, and all other forms of hate.

The second reason is “positive” prejudice. A businessman is more likely to hire someone who looks like the “ideal candidate.” This gives some people an advantage, and others a disadvantage. I’ve caught myself not wanting to hire someone because they weren’t charismatic. Every time, I called them in for a second interview, because how someone looks is not how they work. Usually, the guy that’s not like anyone else in the office is the person you need. Positive prejudice is psychologically impossible to avoid 100% of the time. It is an inherited trait that helps you make friends and find common ground with people. But we have to try, because everyone deserves a chance.

The last (and most universal) cause for discrimination is upbringing. It’s about your expectation of the world. It affects how you think about gay people, religious people, interracial couples, and more. In short, it affects everyone. I’ve seen racism in many forms, and experienced it a good bit myself. I know, I know, “white guy” talking about being a victim of racism is “not cool, bro.” Fuck that. Thing is, I grew up on the north side of Tulsa, Oklahoma. I’ll explain, since most people don’t know what this means.

Growing up, I knew maybe a half-dozen white kids who weren’t related to me. I knew “black” kids, “Hispanic” kids, “Asian” kids, Native American kids, you name it. I grew up in a neighborhood in which being “white” meant being different. The first time I visited a middle school, I went with my elementary class. Many times, students from the middle school stopped to stare at my class. I thought they enjoyed the spectacle of a bunch of younger kids walking around. Until I saw them pointing, and heard their not-quite-whispers.
“That’s a white kid!”
“Wait till his momma find out. He ain’t goin’ here.”
“He looks like a fag.”
“He wouldn’t last a week here.”

I was surrounded by a bunch of students who didn’t know me. They judged me because I looked different. It was a shock. I’d spent my entire life completely oblivious to skin color. People just looked different. No big deal.  Except it was.

You see, in neighborhoods that are mostly “minorities,” the bubble effect happens. The bubble effect is when any person, or group of people, is cut off from knowledge from outside sources, or only get a little at a time. I’ll talk more about the bubble effect later, but for now, just know that it hinges on people perpetuating lies and misconceptions, because they don’t have anyone telling/showing them that they are wrong.

In this case, the bubble consisted of an entire community of “minority” population, mostly “black.” Sadly, I was part of this bubble. After the experience I had in the middle school, I started critically thinking about my ways of thinking. A few things came to light.

If you grow up thinking that people will hate you, think less of you, or downright attack you, you hate them back. You demand respect from them, and sneer at their “fakeness” when they are being nice. I’ve known very well educated black people, living in “good” communities, who were still caught up on racism. One man in particular comes to mind. He sees slights in every corner. His momma taught him not to trust white people, because they were “out to get him.” He was so abrasive I avoided him. I didn’t like him, so I was racist. I didn’t defend my position, which was “confirmation” that I was racist. Honestly, it’s because I knew what he was—a reactionary-racist. He was racist on the assumption that everyone else was racist against him. Throw in the fact that he was a trans-man, and you have all kinds of fuel for his self-righteous fire. I eventually started avoiding any social circles we shared, and I haven’t seen him in some time. I digress.

This isn’t just about being racist or homophobic. It’s about expecting people to treat you with respect, but not demanding it. Earn respect. Don’t rub your truth in other people’s faces. I am honest about myself, but I don’t run around with a flag over my head that says “I married a guy, and now I’m marrying a woman!” or “I might look white, but I’m actually Native American, Latino, and European!”

I am not in any way saying anyone should be ashamed of themselves. I’m saying that your personal life is just that. I don’t play odd pronoun games when talking about my ex. If people have a hard time with the fact that I was in a long term relationship with a man, then that’s their business. If we are talking about my past, then I’m honest. But I don’t meet people and tell them about how I’m still not “straight,” I just happen to be marrying a woman. It’s unnecessary. What people need to know about me is that I love my family. If more comes up, it comes up. I just never expect people to respect me because I’ve been in a relationship. I expect them to respect me because I’m a good person, who earns the respect that I’m given.