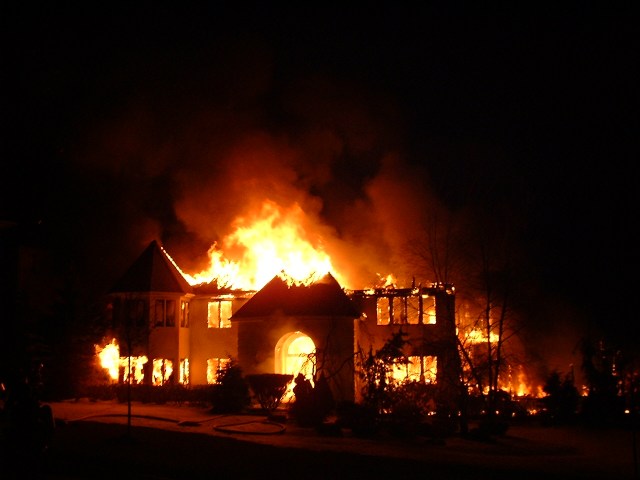 I just looked up my childhood home on Google Earth. We all do it, right? We wonder who lives in the room we learned to read in, or who mows the lawn we seeded years ago. I just wanted to see if my old chicken coop was still standing. It wasn’t. The entire house, the well, chicken coop, and the trees in the area were all burned down. I checked into it, and found out that the people my parents gave the home too (yes gave- it was that much of a shit-hole) were making meth in the house, and it burned down.

When I was about 16, my good friend’s house was condemned because her parents had manufactured meth in their master bathroom. It burned down not much later, when someone shot off a firework over 30 yards away. I recently learned that my cousin’s home burned down because his parents chose to allow their roommate’s meth manufacturing to continue in their attic.

I feel less real when I consider that the homes I once knew were just gone. I struggle enough to remember my youth at times, and this just throws a monkey in the mix.

Do you know why police have to condemn homes that are involved in meth manufacture? It’s because the chemical waste and gasses soak into the house. The walls, ceiling, even the floors, counters, beds, are all loaded with chemicals that cannot be removed. The house isn’t safe for human occupation. My friends lived in these homes. I now know why so many of them were sick.

When I was a teenager, my parents began trading in meth. As horrible as it sounds, one of the most considerate things Dirk did for us was insist that they not manufacture meth in our home. It saved my brothers and I from illness, and potentially death. The same cannot be said for our friends. Some have died. Many have lost their children.

As I look back, I realize a terrible fact: nearly all of my childhood friends were the children of meth addicts. When my twin brother and I would make friends, it was always with kids who seemed somehow similar to us. We learned later that every time we introduced our parents to another friend’s parents, we were widening their circle of acceptance and feeding their sense of community. It normalized it for them, and made them feel less like freaks.

I do everything I can to remind myself that I’m not to blame. It’s not my fault my parents were weak. It’s not my fault they destroyed their lives. I’m not the reason they are felons, nor am I the reason my mother cannot hold a job. But thinking about my friends who are now losing their children to protective custody because they followed their parents… It breaks my fucking heart.

Sometimes, I really should just leave Google alone. I definitely didn’t find what I was looking for today.