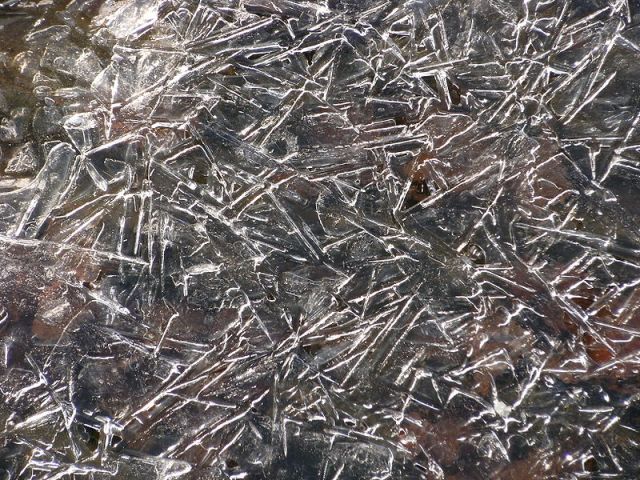 I was thinking about my old house again (go figure), and I remember a nasty old well we had. Our water source had been converted over to County utilities years before we came to squat in my childhood home in Arkansas. Long before the fire got the property, the ice wreaked its havoc as well. That ice would give me a very fond memory. Strange enough, it’s a great memory of Dirk. Sorta.

Dirk was a smart man. Cruel, but very smart. Unfortunately, this made him think he was right all the time. Like all the time. In my ninth grade year (I think) we had a mean cold-snap, and Dirk thought that us being frozen at home was a great time to get in some child labor. He decided we were going to remove the defunct gas stove, and replace it with the new electric stove. It was under twenty degrees.

As ever, Dirk expected young, scrawny, malnourished, and abused children to be able to bear the strength and skill of an adult. Comically, he forced Oak and I to help him drag out a huge vintage gas stove out through the “back room.” The back room was a room which had a collapsed ceiling, and served as storage for things we were unofficially getting rid of. Saved hard conversations with kids, you know? “Oh, the ceiling collapsed again! I’m sorry, son. God must have thought we had too many things. It’ll be okay.” That kind of stuff.

Back to point. Oak and I did everything we could to help, but it was fairly useless. Dirk mostly just dragged it out on his own. He then indicated that he’d like us to help him set it on top of the cistern.  If you’ve never seen a really old well, a cistern is a pit, or pool, which holds water that the well has pumped up. The bad part? The cistern was frozen, full of ice, and the concrete lid was, well, ice cold.

For those of you with science on the brain, you might see where this was going. Oak and I flatly refused to help once the stove was out of the house. Neither of us wanted anything to do with a huge frozen slab of concrete. Either of us could tell you what would happen when Dirk dragged the huge stove on top of the cistern. The lid snapped clean in half.

I stared, dumbstruck, as Dirk was wedged between two huge slabs of concrete, a steel stove, and the ice slab below him. For my life, I cannot remember how we got him out. I know we didn’t get outside help, because the roads were totally frozen over. Not that Dirk would have been even a little okay with asking someone else for help…

I do remember Dirk’s leg was screwed up for a while. He blamed Oak and me, which was only to be expected at that point. At the time, I felt guilty, crushed by the weight of not helping. I was terrified that somebody I loved was going to die, or worse. It was painful to see him hurt, and it cut me to the core that he held me responsible. My overwhelming sense of guilt and shame would haunt me for years.

Thankfully, I’ve received some serious therapy since then. I’ve learned perspective regarding my relationship with Dirk. I now get to feel proud of my young self being aware of how the world works. I’m thankful Oak and I didn’t get hurt. We could have died, just as easily as Dirk could have. He was lucky; so were we. I would be lying if I said I don’t feel a little pleasure in his past pain. It’s a coping mechanism, what can I say?

Jenny just told me that I already wrote about this story. Well, shit. Guess what? It’s actually a pretty different angle, so I’m running this one too. Pretend it’s not a real post, if you like. I still enjoyed writing about it, which is the point.