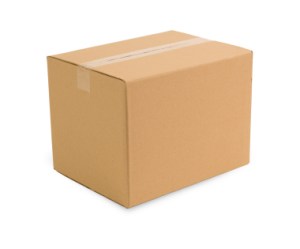 Cleaning. More cleaning. Sorting. More Sorting. Un-stack boxes, take stuff out of one box. Put it in another box, stack those boxes. There has just been so much cleaning/organizing going on around our house. It feels pretty awesome most of the time, but it leaves me so damned drained. It’s weird, though. A year ago, I would be drained in such a way that I’d be pummeling babies, and screaming at my neighbors for walking past too loudly.

I spent about 8 hours cleaning yesterday. Afterwards, I spent time with the kids, cooked dinner, and goofed off. Then I went through the 300 pictures I took of the kids last week. I still have to sort them, filter them, generally clean them up, and then have them printed. I want to give them out at Thanksgiving, so I have to get on that! But yeah, I thought I had used up all my energy cleaning and such, and then the kids came home, and the gloves came off. I had all my energy back, and got more done. It was kind of amazing.

Jenny and I just keep realizing how much we love each other, through the smallest things. We just work well together with the tasks we’ve been working on, and it’s fucking awesome. As comical as it sounds, I was about 8 seconds away from getting a ruler out to measure where to store the honey, before Jenny told me that she liked where it was, and suddenly, I couldn’t give a rat’s ass about where it was. Also, I hid all of her counter-top appliances, and she didn’t kill me. But she did threaten to make me sign a contract saying that I will be responsible for retrieving them from their storage places in the case of a bread-baking-emergency.

At the end of the night, though, I was just spent. I don’t care how good my meds are, I am fucking exhausted. I just want to play video games for the rest of the week, and eat cake that I don’t actually like, because I am the only person in the universe that hates cake. Yes, I still want to eat it, because getting really fat sounds awesome. That’s not healthy, and that’s my sign to back the fuck off of the obsessive cleaning spree. I’ve been outside of “healthy” cleaning/organizing behavior, and although the results are awesome, I have to calm down.

When our daughter came home, she was all like, “Holy-shit-fuck-Jesus the house looks different!” Except, without the Jesus bit, because she’s an atheist. Also without the swearing bit, because she’s a pre-teen. So really it was like, “Wow the house looks different!” But I know she meant it like, “holy-shit-fuck-Jesus,” because of the look on her face. I’m probably going to get slapped by my fiance for saying all of that.

Oh wait, she’s going to read this before she knows I’ve said it, so I probably won’t get slapped, because she’ll be all like, “I hope you don’t tell the internet that I hit you.” I will return with, “Of course I didn’t tell the internet that, I told them that you were going to hit me, and that’s completely different.” That’s when she punches my lights out. (I will say that she doesn’t actually hit me, but I won’t say whether or not she told me to say that.)

That’s all made up from inside of my head, and I didn’t knock on wood, so I’m probably going to miss out on that awesome conversation. Also, because she reads this shit. So it’s like we already had that conversation. Win-win!

Wow, I got off topic. Sorry, folks. I just want to stop cleaning. Forgive the rambling, I wrote this last night, and I was tired. Sue me. (No really, don’t sue me, I have no money.)