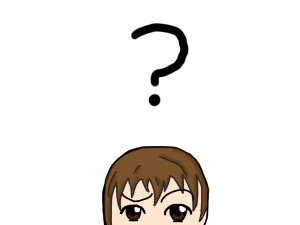 Initial disclaimer: I have lived as a vegan. I enjoyed it very much. This is mostly a reflection on my experiences with dietary restrictions.

I go to social events a lot. Like, a lot, a lot. At many of these, the whole group brings vegan-friendly foods, because there are a small number of vegans in the group. This does not bother me one bit, because it was the norm for me when I lived as a vegan. All my friends were vegan, so when someone joined us that ate meat, they brought their own meat or non-vegan dish.

I make a point to take yummy stuff everywhere I go. My recipe for Caramel Cherry Pie is amazing, if I do say so myself, as is my molasses-bacon-asparagus. I will be making the pie for Thanksgiving, and I’m excited for my soon-to-be in-laws to try my favorite dessert.  I did the same thing when I was vegan, and still do the same when I dine with vegans. For example, last year, I made orange-chocolate cupcakes with orange fudge icing, orange honey mustard salad dressing, and orange carrot soup for a gathering. All of it was vegan, and I gave out TONS of copies of the recipes later. I always surprise.

The position this puts other people in is a hard one. I’ve heard many a vegan in my new social circles say “consider bringing a vegan-friendly dish for your vegan friends.” I have been known to respond with, “I’d be happy to. Please consider bringing bacon for me, next time.”

While checking in on what will be served at Thanksgiving this year, I found something interesting. Our family members with dietary restrictions have collaborated and are bringing their own food for dinner. I was excited to hear this. It means that everyone is taking care of their own needs, and not making it anyone else’s issue.

Remember: The number one rule of pot-luck dinners is that YOU ALWAYS BRING SOMETHING YOU LIKE. If someone else brings bland soy-custard with pita chips, you can turn around and eat your molasses covered bacon (which happens to have asparagus in it), and enjoy! On the flip side, if someone is so inconsiderate (snark) as to bring bacon to a “vegan-friendly” dinner, you can turn around, and eat your amazing Oreo cookies, bag of Fritos, and—of course—homemade chocolate fudge brownies (which happen to be deliciously vegan).