So, I have to admit something. I am terrible at being in the same place with emotional people who cannot be consoled. Specifically, I have a hard time when their problem is something I don’t know what to do about. Most of the time, I just stand there, and wait for them to calm down on their own. 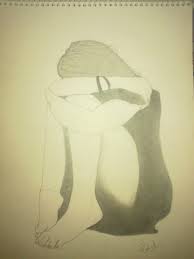 Sometimes, they don’t know what to do, and neither do I.

It’s terrifying, because, well, I love my friends, and I want them to be happy. There’s nothing I can do to make them feel better, and they basically have to work their way through it without me, even when I’m right there.

It’s hard for me, in particular, because I have these terrible flashbacks of my parents screaming at me for behaving exactly the same way. I would get punched, and shoved. I would be called names, and made to feel miserable about my life, which made me cry more, which just encouraged the cycle.

I eventually learned to keep my emotions in a little jar inside of me. I feared getting upset the way Superman fears Kryptonite. I don’t know how to help the situation, because I learned to deal with things by being an emotional husk, a shell of my former self. I “buckled down” and forced myself to work through the world.

The problem is, now I don’t have a healthy example to tell me how to deal with people’s problems. Every instinct I have screams to yell at them one moment, and then hug them the next. Neither of these things will help them develop their own coping mechanisms, so I’m just at a loss.

One day, I hope to be able to have a real, human response to other people. For now, though, I just have to keep going. Carry on.