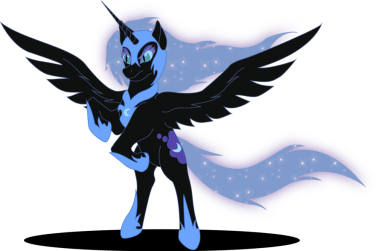 Maybe in reference to yesterday’s post, my brain went a little hay-wire while trying to sleep last night. It was quite the adventure along the way, so I thought I’d do what I do best: Talk about it until my brain stops bugging me. Here’s my effort.

It started out pretty well. I had some… late evening exercise, and fell asleep easily after. This lasted for maybe an hour. I had some quick and dirty nightmares, mostly the “WTF is chasing me? I’m going to DIEEEEEEEE!” variety. When I woke up, I was panting, covered in sweat, and generally miserable. I counted in German as high as I could go (100) and fell asleep again.

About 20 minutes later, Jenny bumped my leg. I was wide awake all over again. I whispered more quietly than I have since I was a teenager. “Jenny? Is something wrong? Are you dying?” She didn’t respond, of course, because she was sleeping like a wonderful lamb of peace and rest.  I counted to 100 in German, this time listing only odd numbers. I fell back asleep, and had some more crazy fucking nightmares about shit going wrong, and my accidental overdose on feather-flavored ice cream. I know, that sounds crazy, even to me. Fuck it, my brain is a master of oddities, so whatever.

Then Jenny bumped my arm. My brain did its paranoid thing of “OMG she’s dying in her sleep, and I’m just laying here like a worthless sonofabitch.”  Again, I tried to discreetly get her potentially awake attention. “Are you awake? Did you need something? Are you dying? No? Then quit waking me up, or I’ll stab you with a fork.” Jenny, still oblivious to my growing anxiety and paranoia, let out a little sigh, and wrapped herself more tightly with the duvet. I did I-don’t-remember-what and fell asleep.

That’s when the cats decided to help. They knocked something over upstairs, and I shot out of bed like a bottle rocket. I practically flew about 8 feet, falling as gracefully as Justin Beiber’s career. I’ll leave the rest to your imagination.

Now, sure that Jenny was awake, I turned to tell her not to worry. She started snoring. Don’t tell her I said that okay? She may hit me over the head with a Volkswagen or something. Now is when things got really interesting. I tried getting into the bed without waking her.

For context: Jenny is either a really light sleeper, or a not really moderate sleeper. Getting in bed nearly always wakes her up. My brain was going about a kilometer per nanosecond, going, “Don’t fuck this up. I have literally no idea how to explain why I’m getting back in bed. It’s not like I can say ‘Don’t worry, I’m just paranoid as shit, and not sleeping at all. And by the way, please ignore my shaking hands, gasping breath, and the gross amount of perspiration coming from, well, everywhere.‘”

It never occurred to me that I could say something as simple as, “I heard something, but it’s okay, go back to sleep.” No, anxiety doesn’t work that way. Instead of thinking of simple, easy things to say, it was trying to provide rules that were not helpful in the slightest. I couldn’t lie, that’s just wrong. I also can’t tell her that I keep waking up; that will guarantee that neither of us sleeps for a couple more hours.

In the end, I basically said “fuck it.” and got back in bed. Didn’t disturb her, and fell back asleep. For about half an hour. I had some really interesting dreams. One involved “Being hilariously gang-banged by the Blue Man Group” (my favorite Cards Against Humanity card). Another was about making a bunch of appointments and all of them being cancelled because my step-dad called and threatened everyone.

Then I had the other standards like running in to Tim Allen and him declaring his undying love. That one’s really weird, because I don’t like him, or even find him particularly attractive (Sorry bro). Nevertheless, I have that one fairly regularly. Another recurring dream is about me drowning (which has nearly happened more than once). And then the nightmares about car crashes, rape, and dying violently. You know, the normal stuff.

I got very little sleep, and less rest. Today, I’m off to a wake for a recently deceased friend. After that, I have a birthday party to attend. It’s going to be a long day, and there’s no denying it. I hope you all are doing better than myself. Have a good day!