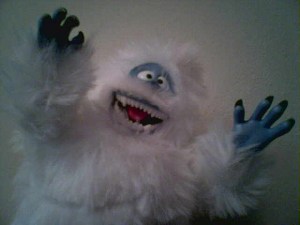 I’m sure you’ve all heard by now that I’m home, and safe. But I don’t think anyone knows exactly why I went to the hospital. I’m going to be very frank here. If you don’t want to hear some serious talk about a deep place I was in, stop reading now.

Still with me? You are braver than I could expect of anyone. Last chance. Okay, you are still here… and I have to actually say it, for many reasons. I wanted to kill myself. I had several serious plans in mind. I wanted to hang myself, but I didn’t want the kids to find me. I then started making plans to find a local water source to drown myself in, but I knew Jenny would send the police out looking for me, the second she realized I was gone without talking to her first. I considered overdosing, and walking into the woods nearby, hopefully preventing family from finding my body… but as we all know (or should) overdosing is MESSY, and UNRELIABLE. I wouldn’t ever suggest it… even though I had plenty of medication, and opportunity to do it, myself.

I dwelled on this for four days. FOUR! I still can’t believe that. I had warned Jenny that something was up on the first day, Saturday of last week. She was wary, and watched me very closely, for which I am so thankful I cannot express. I never told her how serious my thoughts were. I never told her a single plan. I finally broke on Tuesday. Jenny asked me, very frankly, and without judgement (take notes, family of the mentally ill!) if I needed to go to the hospital. I couldn’t say no. I couldn’t say yes. I finally said that since I couldn’t definitely say no, that I had a responsibility to my family to do the responsible thing.

Checking myself in, for the second time for suicidal ideations, was one of the hardest things I’ve ever done. I talked to an extremely caring group of health care professionals, expressing thoughts that I didn’t have the courage to express to Jenny when I was at home. I totally spilled guts. Specifically, I told all this to staff while Jenny was there. I was told in no uncertain terms that I would be admitted to a psychiatric hospital for an extensive evaluation.

The first night of my stay was the second hardest, and it really tore me up. I gave more information to that poor nurse (I will call him George, and I will hug him and pet him and squeeze him..) than I have ever told a single living soul. I told him about my abusive stepfather. I told him about my raging drug addicted mother. I told him about sexual abuse, and a 20+year history of abusive relationships with nearly every adult person I had the unpleasant distinction of having lived with. I poured out my heart and soul.

I told him about the nearly constant hallucinations that I’ve had since I can remember, but was too embarrassed to tell anyone about before Jenny. Of course, I never told her how serious those were either.

After the routine of having me change into scrubs, and remove all my jewelery, I was sent to bed. I had been up only about 12 hours, but I seriously needed the rest anyway. As I waited for the Ativan to kick in, I listened to George debrief the other staff on my situation. I have never heard anyone speak of me with so much caring and compassion. Remembering it right now, for the first time, my eyes are filled with tears, and I am typing fairly blind. I have never felt so humble, and honored before. I will never be able to thank that man enough.

That’s it for now. I fell asleep pretty promptly, the anti-anxiety meds doing their job to help me get the rest I was so desperate for. I will fill you all in on future days soon, while it’s as fresh as possible.