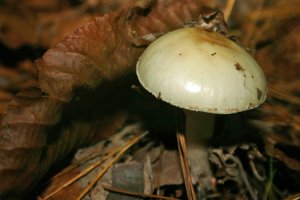 Did you know I took this picture? Seriously. I’m kinda bad ass that way.

An annoying thing about treatment? Sanity. Let me be clear: I am not going to stop seeking treatment. I am not going off my meds. I just wish I could get the best of both worlds.

I have seen some gorgeous things in my time. People, scenery, flowers, trees, animals, whatever. I’ve seen majesty. I’ve seen grace. I’ve been around for flowers blooming in the rain, and animals dying at dawn. I live in the highlands of Arizona, which are gorgeous. I’ve been to the Grand Canyon several times, and the Boulder (Hoover) Dam.

I’ve been fast-tracked through some of the most grippingly beautiful things our world knows. But none of it has shit on my hallucinations.When I lose grip of reality, when I have no idea what’s real, that’s gorgeous.

The first time I spent the night with Jenny, I had a doozy. I laid down in bed, wrapped my arm around her, and looked up. Instead of seeing the 15 foot ceiling, I saw the night sky. But not just any night sky – I got the whole she-bang. Aurora borealis shone from the east side, and clouds quickly skimmed across the border, and I could see the hurry they were in. I could almost taste the crisp air. And then I tried to.

In a matter of micro-seconds, I saw all of that, tasted the air of the room I was actually in, and heard Jenny say “You okay?” It’s hard to not measure the world by that. If the world actually had all the splendor and glory that I’ve seen in my hallucinations, we’d all be numb to it, and think completely different things were “pretty”. That doesn’t stop me from wanting it, though. I want to see the world lit up in technicolor dreamscapes.

I’d be insane if that was all I saw, however. When your very senses can betray you, it’s impossible to know what to trust. What’s real? Is your girlfriend pretty, or is she some illusion crafted by your brain? Are you really attractive, or just a troll that has convinced himself that he is less ugly than a chunk of granite?

Of course, nothing, nothing will ever be as awesome as seeing my college professor’s head sprout orange tentacles. Which picked his nose. Yep, hallucinations can rock.