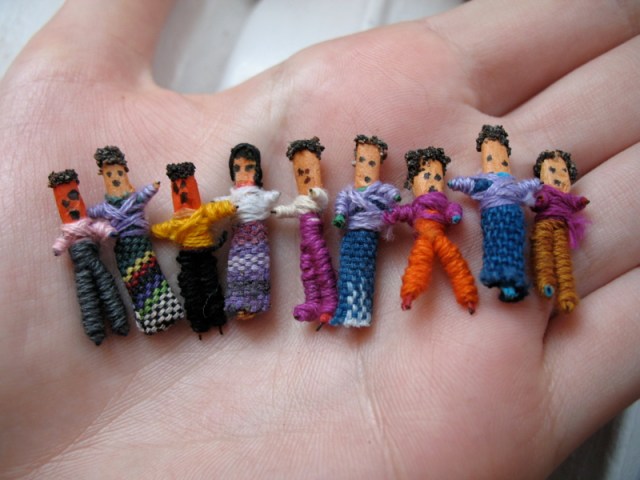 A good part of what helps me understand Rory and where he is coming from is my own natural tendency to empathize, and I pay close attention to him because I love him so much. But another good part is due to my own experiences with mental illness. Though mild by comparison, everyone’s experience with their own mental illness, mine included, is no less valid. So here’s my story.

My whole life I have been an anxious person. Worrying about things, about people, about safety, about my own health. When I was a kid, as part of her job, my mom gave people personality tests. Not the Myers-Briggs type (I’m an INFJ, for the record), but the sort on which you want to get around the 50th percentile. The outlying scores indicate mental illness. My mom gave the kid version of the test to my sister and me. All of my scores, save one, were right around the 50th percentile mark. Which was the one outlier? Anxiety, of course. When I found these scores a few years ago, I laughed uncontrollably for a while. This test was given to me when I was about six years old. My scores were very telling to me, and explained why I’ve always been anxious but also perfectly functional in most other regards.

During my growing up years, and into my early adulthood, I was just generally anxious about things. Not anything bad enough to seek help, but it gave me plenty of stress. Social situations, except with good friends and close family, caused me a lot of anxiety. Even to this day, my peers from school turn me back into a kid. And not in a good way. And I’m extremely shy among people I don’t know. Having children has helped pull me out of my shell some, but the anxiety remains.

My anxiety wasn’t helped by years of teasing and bullying in elementary school and junior high. Kids are cruel, and I took it all in, causing scars that are still here to this day, though they have significantly faded, fortunately.

But when I reached my 20s, I started having significant anxiety and panic attacks. I began having a lot of health anxiety after one particular cold that I couldn’t shake. I started worrying that it was all kinds of horrible things. I kept going to the doctor, and she wasn’t any help. Anxiety over my symptoms made them worse, causing more anxiety.

I remember where I was when I had my first panic attack. I was 26. My ex and I were watching the movie October Sky in the theater. It was an excellent movie, but, SPOILER ALERT, in one place, one of the characters had a life threatening/ending illness. For some reason, though my whole life I’d had weird physical symptoms that couldn’t often be explained and I was okay with, my mind took that opportunity to interpret the current physical symptoms I was having and tell me that I had what the character had: lymphoma. I was in the movie theater, and so had to be quiet, but I spent the rest of the movie having my first ever panic attack. It ruined the movie for me, and I wasn’t sure how to handle it.

So for about 10 years, my panic and anxiety from weird health symptoms caused more health symptoms, causing me to have many, many doctor visits, many medical tests, one exploratory surgery, and a lot of stress. Every time I would go to the doctor, they’d test me for something, which would come back within normal limits, and they’d say, “See, you’re fine!” No, I’m not fine. You just haven’t figured out what’s wrong with me. My symptoms were often debilitating. Sometimes it was all I could do to get through the day, and escape again into sleep.

A visit to the Integrative Medicine center in Tucson resulted in a treatment plan something like, “Take good care of yourself, eat well, exercise, and you’ll be fine. The anxiety you feel about your physical symptoms is a blessing, because it means you’ll get things looked at when you have symptoms.” Okay. Not helpful. It’s hard to just relax and live a healthy lifestyle when you are regularly convinced you are actively dying. I can’t tell you how many notes I’ve written in the middle of the night during panic attacks. To my kids, to my ex, to my mom, to everyone. That way I’d be able to leave messages for them when I died in the night.

Over time, and after lots of not-actually-dying, I learned what caused the anxiety to get worse. Too much sugar over a long period of time was the biggest culprit. But—yes, they were right—also not exercising enough, not drinking enough water, and things like that also contributed to it. I’ve learned to recognize the physical feeling I get in my body when I am close to switching on the full-anxiety mode. When that happens, I feel a physical almost-click. It’s weird. My brain works entirely differently when being symptomatic like that. I have to just give up sugar cold turkey for a few weeks, and try to take care of myself. It eventually helps, but it’s rough.

I’m not a hypochondriac. I don’t make things up. But when I do have symptoms that I can’t explain, my mind automatically goes to the worst possible scenario. One advantage to that, I find, is that I’m always pleasantly surprised. If I mentally prepare myself, as much as I can, for the worst, the reality will be better.

I don’t just suffer from anxiety, though that’s definitely my worst issue. I have also had two or three bouts with depression. It never lasted more than a few weeks or a couple of months at a time, but I fully experienced the apathy, the not taking joy in things you normally take joy in, the not even wanting my kids to be around. I remember just sitting on my bed, staring at nothing, for hours on end. I remember being unable to force myself to do anything. The walking around in a stupor. The not caring. I was never suicidal, but I was definitely depressed. Fortunately, I haven’t experienced more than a relatively passing feeling of this in many years. But my experience with it allows me to see Rory’s depression from a more understanding place. I have my own context.

I don’t have any experience myself with PTSD. The traumatic experiences in my life were usually short, isolated, and sometimes unrelated. Some of them I haven’t shared with anyone since. I’m sure one day I will share them with Rory. He’d understand, and hold me, and let me cry. But not yet. Later.

As for now, I have been able to keep anxiety down to a dull roar (though it’s always there), and I haven’t had a panic attack in a while. I think the very difficult experiences in my life during the past year and a half have made reality hard enough; I didn’t have to let my imagination help me worry about anything. Because I always seem to need to worry about something.

So when you see me and I appear to have it all together, and am at all confident about myself, nope… That’s not how it is.