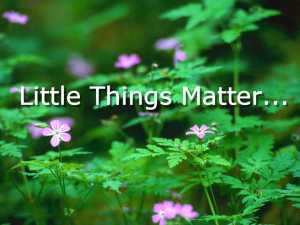 So, I know I’ve said it before, but Jenny is awesome. The stuff that happens between us on a regular basis is pretty great. Sometimes it’s big stuff, like taking me to the hospital. Or, making me eat because I forget to. You know, she generally keeps me alive. But she doesn’t always get credit for the other ways she keeps me sane.

A good example is when we went to Canada recently, and I was overwhelmed in the airport. She let me plug myself into my headphones, and blare music while she listened for the necessary announcements. She knew I just couldn’t deal with the noise anymore. Yes, I see the contradiction. Listening to terribly loud music doesn’t sound like a solution to too much noise, but it’s not a “loud” thing, it’s a “static” thing. Airports just sound like a traffic jam, and it makes me bonkers. So she let me escape, and entertained herself while I meditated to the beat of “Beat It” (remade by Fall Out Boy).

Other times, she just touches me. It’s amazingly calming for her to touch me in discreet ways. Get your head out of the gutter pervert, while I explain. An example of this is Friday night. We spent the night with our friends in preparation for our NAMI walk. They have two small children, and their son is, well, nearly identical to my son in every way except appearance. The volume, the sentence structure, the repetitive conversation, and constant clarification of points were all there. But instead of the moderately high pitched sound I’ve become used to, this boy has a regular boy’s voice. I’m not used to it, and so the non-stop sound was making me pretty jumpy. Jenny caught on, and held my hand, even taking a break to rub my neck for a minute. She knows that one of the ways I can stop taking in one stimulus is to focus on another, so she gave me the better stimulus.

Then there was the walk itself. I ran around like a crazy person (heh. heh.) and talked to people about our new project at The Face of Mental Illness. I took over 150 pictures, and interviewed over 50 people. Jenny ran behind me scrawling notes, and reminding me to not talk so fast, because I was talking like:”Hi,howareyou? Oh,that’sgreat, canItakeyourpicture?” She kept me on this side of sanity, and we got to collect a lot of great content.

Tonight, though, a migraine punched her in the mental nads, and I got to return the favor. I made sure she had a blanket, and gave her a foot rub, and just sat with her. Oh, and I also spent six hours cataloging the pictures and interviews, so she wouldn’t have so much work looming over her. (She and I share responsibility on The Face.)

It just feels nice to know I can give back. Today is our one year anniversary [HAPPY ANNIVERSARY!!!!], and we are so happy to be together! Thanks for reading along, and remember to tell the people around you “thank you” for all that they do. It makes a huge difference. Carry on, dear reader, and have a bitchin’ week.