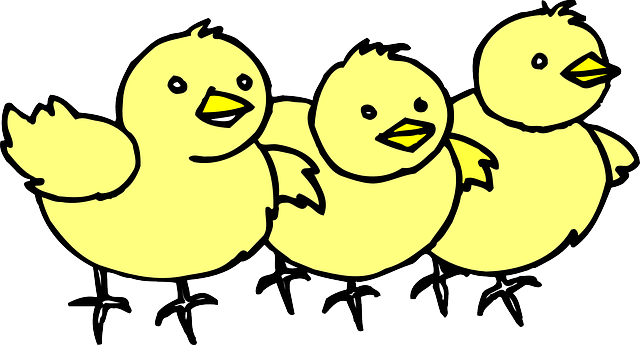 When I was a teenager, I raised chickens and such. Considering it’s the popular season for eating birds, I thought I’d share one of my favorite bar-be-que stories.

One summer, I was sick, and took some of my favorite medications to help me sleep: single-malt whiskey.  After I tanked myself, I slept better than normal. Too well. I slept through our family dog (named D.O.G. because my parents are idiots) tearing through the chicken coop. Of my entire flock, only about six were left alive. This meant that a half dozen dead birds were left in shreds, all over my lawn.

When I got out of bed to feed them, I found D.O.G. covered in blood, dragging around half of a chicken corpse. At a loss as to what I should do, I took a big risk, and woke up my step-dad. Dirk was a drunk, and a violent terror. It was always a crap-shoot when inconveniencing his was on the table. Especially when you have to tell him that his favorite living thing (yes this includes all people, too) had to be put down.

I don’t remember everything, mostly because I was hung over. I do remember gathering trash, bird corpses, and a barrel. Dirk had us pile the corpses and other detritus into the barrel. I remember thinking that this was a bad, bad idea. I know how small bombs are made. I know how bad an idea it is to compact flammables into a small space, and add combustion.

I also remember Dirk saying “Hand me the gasoline.” I obeyed, and backed way the hell up. Dirk alternated piling trash, corpses and gas in the barrel, and then flung a match into it.

That shit went up like the bomb it was trying to be. The barrel remained intact. The corpses? They shot upward, in a mushroom-cloud of flash-fried poultry, trash, and a flaming plume of gasoline. I remember hitting the ground, and covering my head. Half a second later, I hear the funniest sound in my memory. A nice meaty slap. A chicken corpse had flown into the air, done a flaming somersault, and smashed back down onto Dirks nasty head.

The best part? I didn’t have to directly do diddly, and I got to see Dirk smacked in the gob with a huge chunk of raw, rotten, smokey, and grossly blacked poultry. It’s funny how sometimes, stupid is its own reward. It’s also a great mental image, and one I will always remember with glee. Even if I thought my head was going to split open from the pain of the noise.