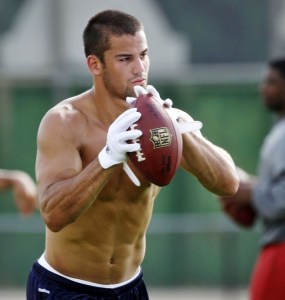 I love Tuesdays, because I get to see my friends, and my kids get to see a friend or two, as well. There’s nothing like seeing your friends discover new tactics or (even better) stomp them with your new tactic. We’ve taken on a wide variety of games such as Dominion, Carcassonne, and Munchkin, not to mention old standbys such as poker and D&D.

We’ve recently invited a new friend to join us, and last week was awesome. I totally kicked ass in one game, and Jenny won the other, so there goes that bit. Now we can sit back and relish in the one night we knew the game better than anyone else, while we get our asses handed to us by a variety of casual people who don’t care who wins.

Do you have any awesome game suggestions? I want some new games, but don’t know what to try. If you have something signed by a celebrity, bonus points to you, provided you mail me that copy. Or, you know, get a picture of you licking a celebrity, and we will call it pat.

Jenny just pointed out that you will probably think this post was about the Super Bowl football thing. Once upon a time, I was a huge sports fan. Then I actually went to some games, and realized that it actually sucks to watch sports, so who cares who wins? There are two groups of millionaires who are going to run as fast as they can, slam into each other as hard as they can, and hope to move an object (presumably smaller than their penises) across a perfectly good lawn.