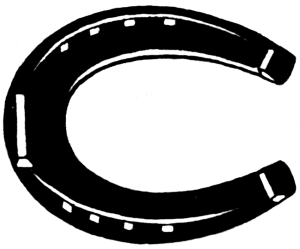 While at my old doctor’s office a while back, I was asked to describe my flashbacks. It’s hard for me to talk about, and her judgmental attitude just made it harder. The thing is, I don’t have Hollywood’s idea of flashbacks. My flashbacks aren’t guts-n-glory. I don’t have flashbacks of dragging a friend from the trenches. But, my flashbacks are still just as emotionally disturbing, even if they don’t seem that way to others.

My flashbacks work like this: I am thinking about happy things, la-da-dee. I remember how good it felt to win a horseshoe throwing tournament in high school. I mean, that was awesome! Then I am struck with this crushing feeling. I don’t see anything. I don’t hear anything. But all of a sudden, my brain starts screaming things at me.

“You are a failure! So what, nobody gives a shit about horseshoes! Why can’t you do anything useful? You’re broken, and you don’t matter.”

I would feel like crying, screaming, tearing my hair out. I have to ride it out, and on the other side, people are staring at me. Not because I’ve screamed, or cried out, or even really reacted. They are staring, because I suddenly stopped. I stopped talking. I stopped reacting to what other people have said. I’ve stopped breathing. I’ve been just standing there with a blank look on my face, that told everyone that I’m not participating anymore.

Most people think I just dozed off, or got lost in thought. They are frustrated that I have to ask them to repeat themselves. They are often resentful, even if it’s just a little, because they feel ignored. These are completely valid things for them to feel. After all, I’m acting outside what is considered normal. As far as anyone can tell, I AM being rude. I just can’t help it. There’s nothing I can do in the middle of that.

Then I realize that people are thinking those things. And, it starts all over. I space out, and stop breathing, and then have to ask them to repeat themselves again. I usually leave if this keeps up, but sometimes I can stick it out. Either way, I spend the rest of the evening fighting those negative thoughts.

The worst part is this: I’m not hearing someone else’s voice. I’m hearing my own. The words may have come from someone else, but they are repeated in my own voice. Like the horseshoe thing. I came home so proud that day, because I had accomplished something awesome. But, for reasons lost in time, my parents were already upset when I got home. It could have been something simple, or big. They could have run out of meth, or they could have gotten into a fight over which of them actually owned the lighter with an eye painted on the side. Either way, when I came bursting into the house, all enthusiasm and happiness, they popped my bubble.

“So what, nobody gives a shit about horseshoes! Why can’t you do anything useful?”

And there it is. I’m parroting some sick statement coming from broken people. But my brain thinks that it’s my own thought. I haven’t had a healthy self-esteem since I was about seven years old. I don’t think I’ll ever completely be over it all. But I’ve got to keep trying, don’t I?

For more information on PTSD and flashbacks, read these books:

PTSD for Dummies A guide to understanding PTSD for anyone.

The PTSD Workbook A workbook for overcoming symptoms of PTSD.