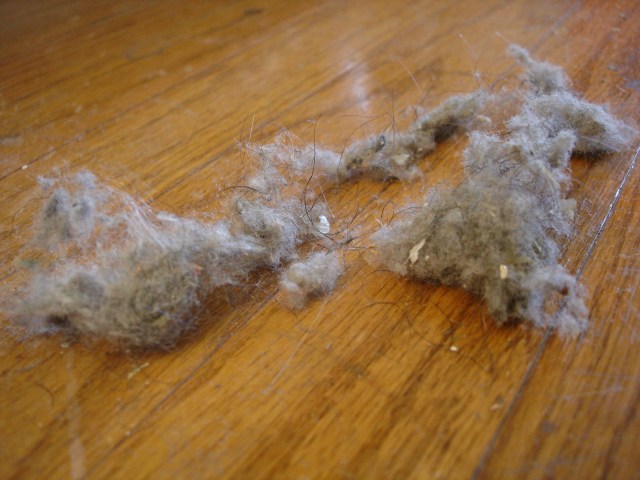 Image in the Public Domain

Jenny and I have a problem. Well, we have a lot of problems, but one is bugging me now. It’s cleaning time, and has been all year. We have a house with a weird layout, which means it’s impossible to use space efficiently. It also means that we can never guarantee access to everything all the time. The consequence? Dust Dogs.

Everyone knows what dust bunnies are. The cute little fluffs that build up in corners, or under a couch sometimes, if you haven’t vacuumed often enough. Our house has a bigger problem than that. Unspun wool, cat hair, doll stuffing, thread, regular dust bunnies, and any number of other small invisible litters build up behind things that don’t get moved often. Today, we moved everything in the den. Every. Single. Thing. Dust dogs. Huge balls of shit stolen by the cats, blown in by the fans, and generally ignored until they filled the space. Dust dogs, everywhere.

The result was a death-dealing battle of wrath, brimstone, and acid rain. Well, not really. It was actually more like a battle of Rory getting pelted in the face by huge clumps of dust-stuff while sweeping, getting the vacuum instead, clogging it, fixing it, vacuuming some more, and bleaching the floors, just to be sure. Actually, let’s go back to acid rain and a wrathful God. I’d hate to sound like a whoopsie.

In any case, the hounds of hell (and maybe also of the Baskervilles) were slain yesterday by yon noble knight and fair consort. By which I mean that Jenny saved me from choking to death when I cleaned to vigorously, and I praised her name, and dubbed her “Hero of the People.” Or maybe it was “Really cool dude.” I can’t remember, I was recovering from a dramatic near-death encounter with dust dogs. Nobody can be asked to be sensible at that time, much less to remember.