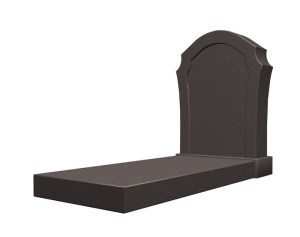 I’ve been thinking about the deaths of my loved ones today. No surprise, considering 3 people, a cat, and a dog have passed away since last spring. Yesterday, we had a small funeral for our cat Isabella, under a light grey sky. As we put her in the ground it started to snow, a slightly poetic nod from nature.

The Girl asked Jenny at one point if she thought I was crying while I finished shoveling dirt onto the grave. Jenny tried to explain that I don’t think about this kind of thing the same way as other people. Bless her heart, I don’t think the Girl understands. Somewhere among my psychosis, mania, and traumatic brain injuries, I learned to disconnect with negative emotions.

Therapists in the past have described my emotional reactions as containing “sociopathic tendencies.” Of course, I’m not actually sociopathic. I have remorse, and learn from punishments. I’m not a criminal, and I have real feelings of intimacy and love. But I don’t feel everything they way other people do. I have outbursts of anger/rage very rarely, but on the other side of that coin, I am often very clinical in my anger. I recognize it for what it is, and set it aside.

I also react to physical pain differently than other people do. I have broken about 40 bones in my body, and I’ve never had a cast, splint, or brace. Of course, this means that my hands look funny, and so do my feet. One of my legs is shorter than the other, and I don’t have full range of motion in one leg. I rarely take pain medication (except with headaches, because they can cause migraines, which suck). When Jenny sees me flinch for cry out from pain she knows I was surprised, not hurt, or I expected it to hurt, or it hurt like hell.

But Jenny didn’t want to explain all that to the Girl, so she basically told her that I “don’t feel sadness the way other people do.” I very rarely cry, and I rarely feel regret. Remorse, sure, but the kind of ephemeral sadness that comes from loss – I don’t feel it. I might expect to see someone across the room, and be surprised when they aren’t there, but I’m not sad about it. They just aren’t there.

I literally can’t keep “death” or “mourning” in my head. It’s a changed fact of life. I go through the mourning process in minutes, sometimes seconds. I accept the fact of the departure, but I also accept everything that comes with it. A release of pain, a release of sadness for the cat. For the humans, there’s a release. We get to leave the worry, the anxiety, and the fear behind. The apprehension of death is a terrible state for people to live in. We now have the privilege of remembering her life, without worrying that she will die at any minute.

When Jenny posted about her experience, I had this to say to her:

“Take the joy in life, and carry it with you. Remember the things that made you happy when she was with you, and cherish those moments. If you spend too long dwelling on the death of Isabella, your strongest memories will be of her passing, and the trauma it caused your soul. Celebrate her, and miss her. She was an amazing part of our family, but her death doesn’t mean that it ends there.”

It’s very Catholic, come to think of it. I’m sure there are any number of other philosophies that say similar things.

One last note, and I’ll stop rambling. Isabella was older than both of the kids. That means they have had her literally their entire lives. It was like losing a family member. They both handled it in their own way. There were tears to be passed around, but everyone helped put gravesoil in. The kids are occupying themselves in their own ways, but they are trying to live their lives. That’s a powerful thing for 2 pre-teens. I’m very proud to know them, and I’m glad to be able to watch them grow into slightly-less-young people. It’s kinda awesome.