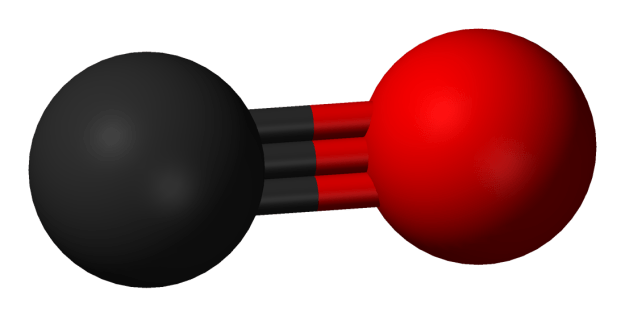 I moved to Arkansas when I was 12. My mother had fallen in with the most abusive man I’ve known (which is quite the damned feat, I tell you what). We didn’t say goodbye to our friends. We didn’t have a going-away party. Our family just woke one day to find that we were suddenly hundreds of miles away. What a shock it must have been for them. It was certainly a jarring and terrifying experience.

That winter was a harsh one. Loss of power, a lack of running water, and a failed heating system became the highlight of the season. No fireplace, no central heat, and a lack of enough space heaters added up quickly. I remember soothing the tears of my five-year-old brother, pulling him under a blanket with me, trying to keep his tiny, thin body warm. My mother and Dirk finally caved, and bought a heating solution: a propane space heater.

Yep, you read that correctly. Those nightmare stories you hear on the news of a family who died because of carbon monoxide poisoning? My family, by sheer luck, wasn’t one of those families, despite all efforts to do us in anyhow. We were kids, but I knew it was dangerous. I was just too afraid to speak up. Dirk had a way of silencing any dissent. Usually, that method involved lots of physical pain, often caused by whatever was at hand.

Eventually, we left that house. We became squatters, in an abandoned home with serious structural issues. But it had a wood stove. The angels sang, and trumpets blared my relief above the red dirt road. But I wasn’t prepared for the task. I didn’t know how to start a fire. I never learned about tinder or kindling. It took months for me to learn the art of putting wood in a concrete stove without snuffing the fire.

I slept no more than three feet of the heater. I would wake up when it started to feel cold, and I would stoke the fire back to life at two in the morning. At five, I would wake up again to get it roaring. I would shovel out ashes, pile in some small wedges of wood, and work it up to a blaze. My family would wake to a warm home. I’d already be showered and sometimes have food ready. I always had coffee made, so Dirk and my mother could remain zombies while we prepared our daily escape to school.

Each day, the last thing I did before leaving for school was to bank the fire. Carefully folding ashes over white-hot logs, I’d put out the open flame, but not the heat inside. The coals were the critical bit. If the whole fire went out, I’d have to start a new fire, from scratch. I still had to, sometimes. Those were some of the worst days. Nursing a fire to life inside a box no more than two cubic feet inside is difficult. Old ashes, damp kindling, and thick smoke made the fire a matter of nightmares.

But the stove was better than a propane heater. Going outside, at all times of the year, with an electric chainsaw to retrieve logs and branches sucked. Splitting wood with a maul that weight 8 pounds, but felt like 50. These were inconveniences, and I hated them at the time. But they were always better than poison, and risking the death of my family.

I wasn’t alone. I had four brothers supporting me. I also had the scowling, hateful, and altogether humiliating feedback from Dirk. We were a poor family, living on a dirt road, twenty miles from the nearest Wal-mart. We did what we had to do, even if I hated every minute of it. My brothers and I survived cold winters, and had each other. I couldn’t ask for more, because we had what mattered: family.