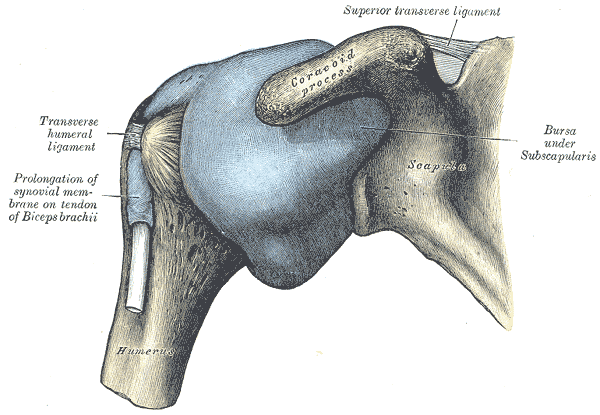 For about 10 years, I’ve been dealing with shoulder pain. I never could figure it out. Finally, my Primary Care Physician referred me to an Orthopedist and we got to work. After a physical, I did four weeks of rehab work, to no avail.

Let me tell you something. It sucks to have shoulder pain. It sucks to exercise with shoulder pain. Especially when it turns out that you’re not in pain because of an injury. It turns out, I just have extremely weak Rotator Cuff muscles. This is most likely due to lack of use. Obviously, it hurt, and I used it less. It hurt more, I used it less. The cycle goes on, until you reach the point at which the muscles in my neck, back, and other shoulder muscles decide to take over.

Now, instead of my arm sockets being aligned and controlled by the Rotators, my arms have been adjusted so that other muscles do the work. This has pulled my Humerus ball joints significantly higher than they should be. So much higher, in fact, that the bones of my arms and shoulders are rubbing each other. In the image above, the two bones at the top left, see how they don’t hit each other there? Mine touch, like, a lot. Every time I lift my arms, or stretch them wide, I am rubbing bone on bone.

Good news? I’ve been cleared to work my shoulders. There aren’t any injuries, damage, or undue inflammation. Just weak muscles. The not-quite-bad news? I only have 6 months to make a significant difference. If I can’t fix it in that time, then I will need surgery to shave the bones to be compatible with each other.

I’ve seen those drills. They are basically just hardware store tools, only sterile. I don’t think I want that, so for now, I’m following directions, exercising every day, and doing everything I can to avoid surgery. Wish me luck.