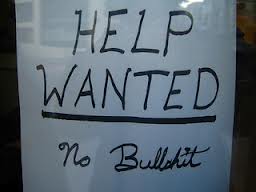 The first time I asked for help, I was 20. I told my boyfriend that I needed help adjusting my behaviors, and that I just wanted him to be open to me being a little odd as I tried to change. Unfortunately, he’d never clued in on to some of those behaviors on his own, so when I talked to him about it, he started seeing them everywhere. He started treating me differently, up to the point where the situation was becoming abusive. I had to leave.

This set the stage for years to come. I was afraid of talking to my friends, my family, even my doctors. I was ashamed, and I didn’t want people to think that I was crazy. I had several bad years (including a failed marriage) that were just one big loop of me not getting help.

Then my father killed himself. It was one of the biggest blows I have taken as an adult, but not for the normal reasons. I hated my parents. They were drug addicts and alcoholics, and they had entirely too many children between them (10 born to one or the other, not counting step/half siblings). They were terrible people, and it was easy to dismiss both my parents because of that. But then my father died, and I realized that my parents weren’t just bad people. They were people who weren’t getting help.

That’s when I really decided to get help. I went to talk to my doctor, and I started talking to my friends about it. I started taking medications, and I started seeing the world differently. I realized that my behaviors made me a really unpleasant person sometimes. I realized that I was becoming an abusive person, and I spent a few months trying to fix a broken marriage. Finally, I left. I moved across the country to live in Arizona.

Here, I have been committed to the hospital three times for wanting to commit suicide. Each time, I have reached out for help, and I have found it in great store. I have had supportive doctors, friends, AND family. My brother has opened up to me about his mental health care. Together we are learning what tools work for both of us, and giving each other feedback on what doesn’t work.

I have had to develop a set of skills though. It takes time to learn how to ask for help. It takes knowing the people you need that help from. I have learned that if I need to go to the hospital, I just say, “Can you take me to the hospital?” If I just need someone to talk to, I tell the person I want to talk to that “I just need to talk, I don’t need you to have answers, and I don’t need you to fix anything. I just need to talk.”

It hurts when that person can’t be the one to talk to me. In the moment, it feels like I’m being ignored, or being deliberately thrown under the bus. Usually, though, I can look back at the situation, and realize that the person in question had other things going on, and that it might have been hard for them to listen. I have learned to respect that, and take it for what it is.

I make a point of sharing my situation with as many people in my life as possible for a lot of reasons. The biggest one, though is this: I don’t want to be embarrassed any more than I have to be, when it’s time to ask for help.

Opening up is hard. But opening up all at once, and pouring it all on one person is one of the worst things you can do, especially if you are putting them in the position to help you, and they feel like they don’t get a choice. If the person you ask for help has no idea that you might one day need that kind of help, then they will be put in a position of confusion, and fear. However, if you talk to someone about your illness, going to them later for help is so much easier for both of you.

It’s all about communication, and opening yourself up. Yes, you will get burned. There will be people who treat you like crap, just because you tell them. But, it’s worth it. I told over 100 people about my mental health issues, before I started this blog. A few of them treated me like crap, but most of them took me for who I am, and many more opened up back. Now there are hundreds more people who read about my issues, my growth, my struggle.

I’m glad you are one of those people walking with me on this journey. Thank you for being a part of this experience for me. Carry on, dear reader.