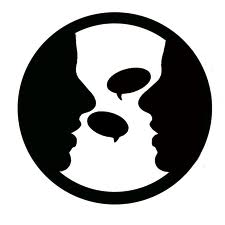 I’m going to start this one off with a disclaimer. I’m sorry, but it’s true, even if you don’t like it, or don’t want to hear it.

-You will never get these right. The symptoms for each of these illnesses overlap so much that you might never sort them all out correctly. That’s not what this post is about.-

Now, down to business. I’ve been spending a lot of time with people diagnosed (or self-diagnosed) with radical disorders, because of a lack of true understanding in their care teams. I’m particularly annoyed with the blanket diagnosis of a friend who is currently labelled as an “Anxious Schizophrenic” which isn’t really a thing. This person’s current care plan doesn’t even address their withdrawal from over-the-counter drug abuse. What we are really dealing with (according to his doctors) is an individual with generalized anxiety, OTC drug withdrawal, and Schizophrenia.

Symptoms that apply to persons with any of these disorders:

This is by no means a comprehensive list. It is not meant to be. It is an example of how several unrelated disorders might present themselves in a way consistent with each other. Which one of these draws the line? Which of these is the determining factor of a diagnosis? The answer: None of them.

These are symptoms that indicate a potential need for higher medical care. That’s it. You can’t look someone over, and say, “Oh, a+b+c=abc.” Nor might you be able to say, “1+2+3=6,” because that’s not how these things work.

For each of these diseases, the symptoms are not the disease. They are just the part you see. Medication, therapy, experience, support, and understanding can help these symptoms abate. But each of them is unique, and are, at their core, completely different illnesses.

Anxiety is a neuro-chemical survival skill. It has evolved to be a part of our DNA for eons. We can treat its symptoms, but the genetics can’t be erased. It is very likely to be inherited, to some degree, by your children. That’s what it is meant to do. Elevated Anxiety sucks, but can usually be treated and managed with few life-altering adjustments.

Withdrawal is a neuro-physical reaction to the lack of a substance. It is usually finite. The body adjusts over time, until it is used to the lack of the addictive substance. It is a natural consequence of over-doing it, or radically changing your life. Mild symptoms of withdrawal can be caused by substances such as red food coloring, and extreme symptoms are more common with volatile substances and narcotics.

Schizophrenia is a fairly common disorder (affecting around 1 in 100 persons), which is both very simple and terribly complex. Schizophrenia causes the person to perceive the world in a different way from the normal population. Symptoms can include perception differences, such as hallucinations, and dissociative sensations, like feeling detached from one’s self.

Everything else is open to interpretation. Trust your doctors, but advocate for yourself. Don’t rest until you understand yourself, your illness, and your symptoms, 100%. Know what that means? You will never stop trying. That’s the point. Never stop. Never give up. Every day can be better, but only if you try. So try, okay?