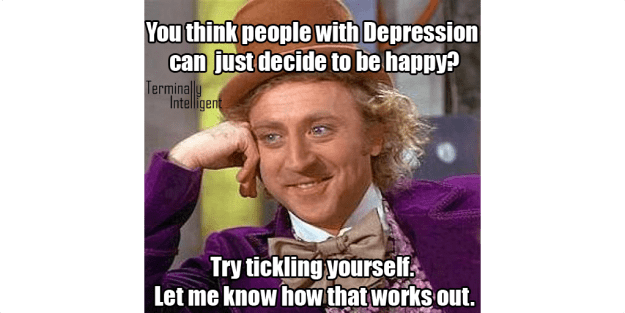 There is so much to know about Major Depressive Disorder that it can be daunting to learn about it. Thousands of studies representing billions of dollars of research have been conducted around the world. This isn’t the work of a few deranged folks. Dozens of countries have been studying this illness for decades, and the work is far from done. Here are the must-know facts of Depression:

Depression isn’t a mood. It’s a mood disorder. The difference being that moods change constantly. Mood disorders are often a permanent part of a person’s mental chemistry. Those with Major Depression face the daunting possibility of ongoing treatments for the rest of their lives.

Depression is the leading cause of disability world-wide. With over 350 million people world-wide dealing with Depression, it is also a leading portion of the world health burden.

Depression cannot be cured. Some people who are diagnosed with Major Depressive Disorder are later declared “cured”, but no cure was applied. In some way (as yet still not discovered by any scientific community), the person’s bio-chemistry has altered significantly, removing the disorder.

There is hope. Effective medications and other treatments have helped millions of people find relief from their symptoms. Medication is not the only treatment out there. Psychosocial treatments, therapy, and other ongoing care can treat symptoms.

The best treatments are unique to each person. While it is encouraged to use therapy, medication, and other treatments, not everyone needs all of these. Some people will not find success with medication, while others will struggle more while participating in therapy. Only a diligent care team and physician can make the final call, but the patient knows themselves better than anyone.

Check back tomorrow for my list of things you should never say to a depressed person.