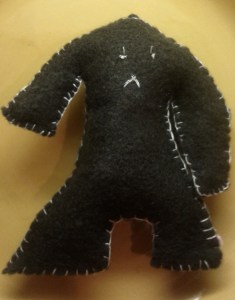 Feeling of the hour.

There are so many logical things to fear. Death, illness, loss. But why do I fear some of the most basic human things?

Let me be clear. I don’t think I have cancer all the time. I don’t (usually) jump at small sounds. No, I’m terrified of appearing normal. I am mortified at the thought of basic human interaction. For those who know me in person, this may be hard to believe. Most people think I fall somewhere between charismatic and overly boisterous. What you often don’t know is that I don’t come that way naturally. It’s nothing but an act. A painful one.

So often in life, the only way to persevere is to appear “normal,” or to fit in. Ever since I was five years old, I can remember lying to convince people that I was “fun” or “interesting.” I remember telling a Native American neighbor of mine that I had an “Indian name.” I think it was something bizarre, like Blue Wing. This started a fifteen year habit of lying, masking, and pretending to be someone other than who I was.

In high school, I had 3 friends. My twin brother had so many more, that everyone thought I had a ton of friends, just because I hung out with him. Don’t get me wrong, there were many people I connected with, and were close to me in their own way. But looking back, years later, I only can remember 3 people who I would be devastated by. It wouldn’t matter if they told me I didn’t matter, that I sucked, or if they died… which two of them did before we graduated. I was crushed when my relationships with each of those young men died. Not because I was secretly boy-crushing on them. It’s because they were the only people who never judged me, even when I was completely open, not to mention woefully socially inept.

When the first of these three people met me, I was a dorky thirteen-year-old boy, who joined the football team in a vain attempt to make my classmates, and my parents, like me.  He was the first friend I had ever had in my entire life to invite me to his house. He didn’t have a great house. In fact he lived with his father in what amounted to a two bedroom trailer, stuffed to overflowing in what was the closest thing my home town had to a “bad” part of town. Yet, he was the single most compassionate person I had ever met. I told him things about myself, my family, and my experiences at other schools that I had never told people before. He took me paint ball shooting once, and accidentally hurt a… particularly sensitive part of my anatomy. I thought he was going to cry. It was so obvious that he was in anguish over the thought of hurting me in a friendly game. When he passed away, I was so hurt by the loss that I let my grades slip for the first time in my life. It wasn’t until I had an intervention with the best teacher in the world that I started coming back around to my academic responsibilities. BTW, Mr. Newman, if you knew how much you inspired me, I don’t think you ever would have given up being a teacher.

I met the second and third young men around the same time. The second was a great artist. I don’t have to describe him any more than that for those who know who I am talking about. But I will, for everyone else, because not enough of you knew him. He was kind. He had a wicked sense of humor. He knew more about video games than any three people I have yet to meet… and I know a LOT of gamers. Yes, I’m looking at you, BloodforWhiskey (WoW guild… good people). But he was different. People were afraid of him because they didn’t understand him. People hated him for much the same reason. It breaks my heart to remember myself, sometimes being overwhelmed by his endless knowledge of games, wishing he would just stop talking. There’s no end to the number of times I have wished those moments back. I’d give anything to have one more endless conversation about the weapons used by Semus in Metroid Prime. When he died it made me reevaluate my relationships, and forced me to be honest with myself in so many ways.

The third young man didn’t die. I let our friendship die. I didn’t even have the courtesy to say goodbye to him when I moved 300 miles away. I haven’t contacted him since. He was an interesting person to say the least. He was brilliant in a way that made everyone think he was an idiot. He definitely lacked social graces… but then, so did I. He introduced me to his family, and they took care of me in ways my family never could. I was more honest with them than I ever thought about being with either of my other two friends, and I never realized how much that meant to me, until it was gone.

So, I am terrified to open up like that again. I think it’s a bit understandable. It’s like I have lost a lifetime of family, and I never even knew it, until these memories came flooding back in. I can’t think of a single person in Arizona that knows who I really am inside. Jenny comes damned close, but I can’t bring myself to tell her everything. Maybe one day I will be ready to, but for now I will just try to let go of my fears a little at a time. I’m starting by contacting the third friend’s parents, in the hope that they will remember me, and accept the attempt to reconnect.

Thanks for reading today.