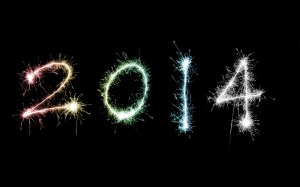 Happy new year! The one year anniversary of Terminally Intelligent is coming up in a couple of weeks, and I’m very excited! In the meantime, I’ll tell you about my New Year’s Eve, and why I cried last night.

First of all, I made pie. Kind of. I made an awesome apple pie that was delicious. Then I tried to make a chocolate pie. It fell apart, so I baked it into a pseudo-souffle, and made a lemon pie filling. Which turned out very soupy. It all tasted good, but God it was a lot of work for two shitty pies, and one good one.

We had a few friends over for games, and I got a little too hot, so we opened the door for cool air. Then I got cold, and I put on socks, because everyone else was still warm. After about 1/2 an hour, I decided to mimic the antics of my nephew’s attempts at playing badminton. On our wood floor. In my socks. Needless to say, I had some intimate time with the floor. After some ibuprofen and a couple of drinks, I was fine.

Then, while playing games, my friend (known as the Llama) rolled the dice. My brain, in its infinite wisdom, tried to “correct” the hallucination it thought I was having. This means I had a reverse hallucination type thing. Long story short, I thought I saw a bomb. I spilled my wine all over my lap, and was very embarrassed.

I took a break, cleaned myself up, and changed clothes, then returned to the party, but I still felt the mark.

I had embarrassed myself not once, but twice, in ways that never should have been an issue. It’s frustrating. I feel powerless in the efforts to deal with my brain. I spent a good portion of the later parts of the evening overcompensating and being overly enthusiastic. My friends understand, and it wasn’t an issue for anyone but myself, but last night is a blazing banner of humiliation in my head today.

I think I’m going to stay in bed for a while and try not to cry. I might make it a whole hour before noon. Happy new year, guys.