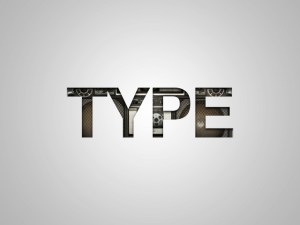 Sometimes, you have to look twice.

Have you ever been stereotyped? Anyone ever stop treating you the same, because they learned something about you? I go through this on a fairly regular basis. I have had people pull their child away from me. I have had people literally ward me off with crossed fingers. I have had people tell me in no uncertain terms that I should be sterilized so that I don’t have children. No, I don’t have a hideous deformity. No, I’m not a felon. No, I am simply Bi-polar, and not afraid to talk about it.

Sometimes, it just comes up. Someone will start ranting about how mentally ill people should all be locked up, for the safety of everyone else. I will then ask something akin to “How do you propose we support ¼ of our population?”  When they stare at me blankly, I inform them: “Mental illness affects over 1.7 billion people. One in four of us is likely mentally ill.” Sometimes they stupidly insist that I name “Who’s the psycho in this room, then?”  Then I simply say “Me,” and let it go at that. Sometimes I get horror stories of hallucinations and manic behaviors, other times I get to watch my friend pull away from me, sometimes forever. I try to explain that not all people with mental illness have the same kinds of mental illness, or the same severity of symptoms. Not to mention, some people handle their symptoms better than others do.

I don’t win all these arguments. I have lost, and will lose more, of my friends.  It’s all part of culling my circle of friends down to those that will truly accept me no matter what. Some of the people I have dated for example, thought that everything was tea and biscuits until I told them that I had bipolar disorder. Then the world came crashing down, and I was “using them” or “lying to them” by not telling them sooner. This is actually good though. I left those people in my dust, missing out on the horror that would have been dating that person long term. Sadly, I’ve had to let some friends go. Even more sadly, I will have to do it again. But I will never let this get me “down” because I know it will make my circle of friends that much tighter.

So, I encourage you to know a few things about mental illness. Namely, that it can affect anyone it affects a LOT of people, and that you can’t tell by looking. Know about YOUR mental illness in particular. Know how it normally affects people, and how you are(n’t) the same. Know the prescribed methods of treatment, and be able to discuss them frankly. It can help to speak clinically about how the disorder is normally treated, so you don’t have to talk about your own treatments all the time.

Let’s all work on ending the stereotypes, and the stigma of mental illness. We should all be here for each other, and for ourselves.