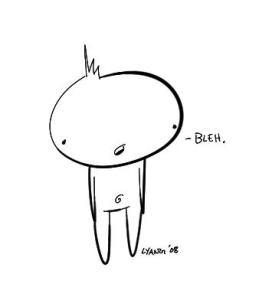 Everyone says things that add up to “good parents let their kids win games” and shit like that. Here’s the thing, though: Somebody has to teach them how to lose, and it shouldn’t be some jackass kid.

Last night I played Magic: the Gathering with the Boy for the new series I’m writing for GeekDad called TCGs for the Rest of Us. Well, not so much as “for the series” as much as “to get him to stop asking me to play Minecraft all day.” But I got to write it off as work, so whatever.

When I suggested the game, he asked if he could play my “pop” deck, which totally wins every game around here. I said sure, and resigned myself to a loss. Thing is, he never attacked. He built a ridiculous army, and let me kill him with spells. It was heart breaking to see the shock on his face. But, it’s a lesson he will remember forever. Attack is your best Defense sometimes. Especially when you could have won the game 10 turns back, but didn’t because you were scared of your enemy.

So, he cried, and we talked it out. He understands why he lost, and now he’s mostly just disappointed that he didn’t get to play Minecraft as well.

I’m still upset about my friend’s death, and I didn’t really talk much today. I did get a lot done, and I’m ready for my next 15 projects. Because, who needs free time, right? Anyway, I’m going to spend the entire day cleaning and taking “Sherlock” breaks. Yep, you heard me. I’m going to watch t.v. voluntarily even. It’s just that all my friend watch the show, it’s one of my favorite books, and damnit, I hate being out of the loop on cool British shows.

I’ll be in and out today, but feel free to hit me up on the Facebook page. I’d love to hear from you!