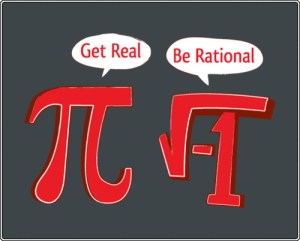 So, I’ve been playing Minecraft with the Boy over the last couple of days. It is mind-blowing how far that game has come. I’ve been playing since late 2009, early 2010 (not sure of the exact date), and I remember not being able to even find a fucking wiki. Now, the wiki is my kid.

I want to make stained glass… I could Google it, or, thanks to the magic of Skype, I can ask the kid 30 feet from me (meaning: not in my office) how to do it instead. He’s very thorough, and very specific. He knows everything, and can articulate it with so much specificity it hurts.

Both of the children are very smart. They are both accustomed to knowing things nobody else knows. They realize that the world provides a different experience to each person, so they aren’t surprised when someone else knows every single detail about something. What they don’t understand is why everyone else is surprised that the kids know so damned much.

The truth is, they are both smarter than me. The Boy is probably the single smartest person I have ever met, literally. For context, I know one of the people who wrote code for the Mars Rover. I also have engineers, professors, and teachers in my semi-close circles of friends. Not to mention Jenny, who is a writer, entrepreneur, homeschool teacher, and a savvy bitch to boot!

It’s intimidating, and literally tear-inducing, knowing that they are so smart. It took me a while to figure out why. It’s because I was younger than either of them when I realized I was smarter than my mother. It made me pity her, and it changed the way I looked at everything she said. I saw her through a filter of ignorance and stupidity. It breaks my heart to think that our kids may look at me that way, someday.

I know I’m smart. Hell, I’d even be as narcissistic as to say I’m bloody brilliant. I am not a genius, though, not the way the kids are. So, I will just resign myself to the fact that I’m not my mother, and suck it up. I can’t live in fear that the kids will despise me. That could actually make them do it. I must simply live being the person I want to be, and hope that they take away positive messages from they way I live.

I can’t make myself smarter than them, but that doesn’t mean that I am not good enough for them. For now, I will hope I can pass some of my education off to them, and reap the rewards of the Boy knowing every Minecraft recipe. And every character interaction from Doctor Who. And every song ever sung by Phineas and Ferb (which are surprisingly awesome, sometimes).

P.S. Sometimes, I surprise him with little bits of creative gold! We old-school (read: hipster) Minecraft players had to come up with some creative fucking ways to get what we wanted.