I understand that gender stereotypes are not cool. It’s just a fucking joke, people. Get over it. Anywho, look what happens when I shave! 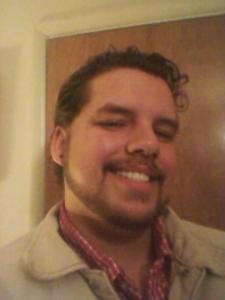 Me, with a beard. 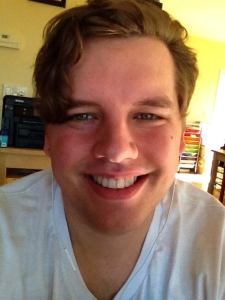 See what I mean?!

The Boy even told me he wants “the old Rory” back. I may never shave again.

In other news, I spent the majority of the last two weeks being all kinds of fucked up in the head, because I thought one of my best friends was ignoring my, well, everything. I texted, I called, you name it. Nothing. I had other people call, and tried on other people’s phones. Nothing. I went to his work, and nobody knew what was going on, and the guy I talked to said, “haven’t seen him in a while.” I began to assume he was dead, and started checking the local obituaries.

Turns out, it’s not easy to quit iPhones. He switched to an Android, and his everything stopped working.

I’m relieved he isn’t dead. He also made it to game night, and fun was had by all. Hopefully, I won’t continue to think he is dead. I’m making him take me to his house, so I will finally know where he lives now.

I know what you are thinking. “What kind of ‘best friend’ doesn’t know where his bro lives?” The answer is me. He is my best friend. That does not make me his best friend. Also, he moved. Get off my case.

Also, the looks of shock I have gotten over the last several days have been classic. Jenny and previously mentioned friend BOTH dropped jaw when they saw me. It was hilarious. But then everyone started telling me I look 15, and I decided it wasn’t worth it. I’d threaten to not leave the house until I have a beard again, but then I’d miss fun stuff for no good reason. I fight my own anxiety too often to let my facial hair keep me in the house, dammit.