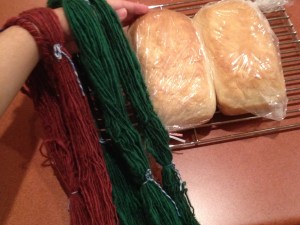 You really expect an explanation? Read the post, and I might tell you. Or I could just be crazy (which I do sometimes), and leave it as a teaser, like a season finale.

I think you guys get it by now. I’m bananas. It’s mostly okay. But sometimes it wipes me out.

Here’s the scoop: I decided some time ago that it would be a terrible idea for me to have kids. First of all, I’m nuts. Secondly, my parents were nuts. More on that later. Also, I’m terrified that I will pass on the cornucopia of genetic landmines that I am wearing as a meat suit (no, not like Lady Gaga).

Let’s talk about being nuts first. This one is a big deal for me, because I have been told by people that I would be “endangering my potential children” by having them. Because I’m nutters for peanut butter. This is wrong, as a concept. At best, it’s statistically validated on a minor scale.

My mother fucked me up. But it wasn’t because she is cray-cray (which she totally is). It’s because she was a drug addict, and chose to support her “men” instead of her progeny. That’s bad parenting. And you don’t have to be crazy to be a bad parent. Some people, like more than one of my mother’s baby-daddies, are just fucking selfish pricks. And that’s why they should never have kids.

I am personally not choosing to become a parent for my own reasons, and it’s not that “I’m nuts.” It’s because I’m a rambling person who can’t even put together a coherent post. So, I’ll make all of you deal with my crazy. Thanks, btw.

In the end, the Universe, in all its wisdom, gave me kids anyway. I have the two most amazing kids in the world. I get to be in an awesome position. My kids have an amazing mother, and a dope-ass dad. They have a great extended family, and basically, they have awesome lives.

You know how I fit into this? I’m the eccentric step-dad that gets to help them learn new things, and experience the world in a different way. I’m not replacing anyone. I’m adding to the mix. I’ll never be part of the proverbial batter, but I can be the layer of icing between the layers. Or the fabulous sprinkles on top. The kids will have to figure that out for themselves, and that’s okay.

Here’s where it gets cray-cray though. Saturday, I was watching a TV show (I’m not saying which one, because of spoilers) and a couple was arguing over a name for their baby. Then it hit me: I will never have that conversation. I will never get to be part of defining a kid’s identity. I bawled for hours. I am doomed to a life of naming cats.

But today, it caught up to me. I’m naming myself. I get to take all the things I want in a name, and make that my identity. I’ve been fleeing the label my parents forced on me for over 20 years. It’s nearly over, and that’s great. I didn’t get to name our kids, but that doesn’t make me less of a part of their lives. I get to play games with them, and have hard conversations about stuff, and all that parental stuff. I also get to show them that it’s a valid choice to change who you are, and define yourself outside of labels.

I’ve been a lot of things in the past. Straight, Gay, Queer, Butch, Femme, Androgynous, Activist, Advocate, and now, Parent. I’ve carried a lot of labels, and I’ve been able to set many aside. I’ve chosen to be who I am today, because I let myself grow. My kids will be a part of that. And if they ever get the courage worked up to ask me about my past (preferably after they are 17+), I get to be the example of how a young person can really fuck up.  I hope I live up to the trust Jenny, the kids, and their Daddy are putting in me.

BTW, if you are reading this for an explanation of the picture at the top of this post, you will be glad you read the whole thing. I spun hundreds of yards of yarn. Myself. In my house. While baking homemade bread, and watching TV with my fiance. Best Sunday ever.

PS, I realize I followed “nuts” with “big one”. I am a pervert, and I love being me!