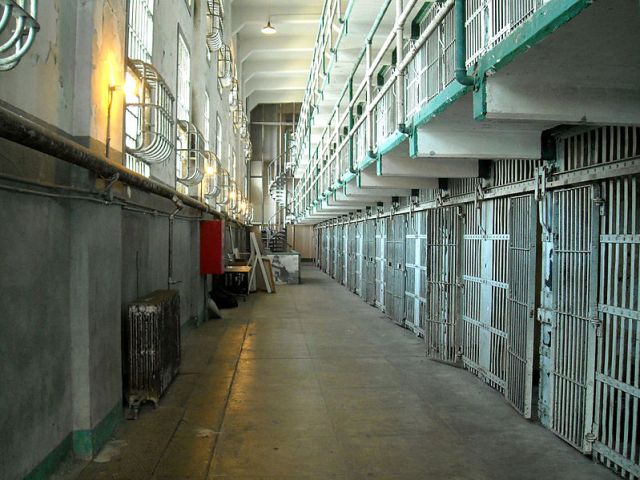 Image by Daniel Ramirez from Honolulu, USA (CC BY 2.0)

There’s nothing like looking up the people from your past on offender databases, and finding that many of them are felons. I went through some databases,  and found uncles, my father, my step-fathers (all but one of them), and many other “role models” from my past listed. Yay for public records. Good news, though: I’m not one of them!

With such an overwhelming number of negative role models, most people assumed that my life was on the fast track for self-destruction. Many of them were not far off; I have a couple of brothers who are felons. The thing is, I had a few important things in my life that kept me out of trouble. Things that everyone needs in order to be a working part of society.

I had an inherent passion for rules. I love for things to be correctly done, and take pride in doing things according to the rules. This made me an annoying contemporary at school, but it gave me a strong sense of disconnect from the lawless community I lived in. It made crime something “other”, something outside of myself.

I had bad role models. I saw people using drugs. I saw people steal, fight, drink, and much more. I saw my mother grope men, and make herself as trashy as I’ve ever seen any woman be. I saw the lives of my neighbors, family, and friends turn upside down over petty crimes. I saw parents loose their children because they didn’t act like decent people. These bad role models gave me a great sense of disgust for crime. Not just as a rule/rule-breaking issue, but as a this-shit-doesn’t-work problem.

I had a deadbeat father. My father spent most of my formative years in prison. When he got out, he re-married, and had more kids. This began the Great Reproduction War, which I’ll talk about another time. He was a drunk, a lifetime criminal. He was racist in the most ethnic neighborhood I’ve ever seen. He gave me a starting point: I’d do anything to not be him.

I grew up in the “Hood”. I can’t help but grin self-consciously when I say that. Alas, it is true. The first 12 years of my life were spent in a run down part of a big city. My family constituted the only white people I knew for most of my childhood. I saw from a young age what life-long poverty was. I also saw what it meant to pass that poverty on to your children. I learned that crime wouldn’t fix a family.

On that note: I had ONE good step-parent. He was my mother’s youngest child’s father. I can’t say it any more clearly than that, unfortunately – it’s too complicated. Anyway, for the better part of 5 or 6 years, I knew a man who worked for a living. He didn’t know how to drive, so he woke up at 4:30 am to ride the City Transit to work on the other side of the county. He played hard, but he didn’t break laws. At least, not the big ones. I saw in him a starting point. He was the minimum of what I wanted to be when I grew up.

I had my grandparents. Hard workers, Depression survivors, and alcoholics. They weren’t perfect, but they tried. They also loved. They joyously shared of themselves at all time. The effect they each had on me is immeasurable. Two biological grandmothers and no biological grandfathers, but a step-grandad who was my father-figure, replaced both grandpas, was a spiritual rock, and was the kindest person I have ever met. They are the core of who I want to be when I grow up. In retrospect, they were all bat-shit crazy. Just like they should be.

Most importantly, I had my personality, and a twin brother. With Oak by my side, and our crazy little brains, we knew that we could be good people one day. My personality never would have been enough to get me through without him. He was the one thing we all need: someone to hold us accountable. I told him everything, and when I got off track, he reminded me where I wanted to be. Through beatings, scoldings, family-wide disease, broken bones, concussions, and bad grades, Oak was a light for me. Still is, actually.

Life isn’t a simple equation of Parent A + Parent B = Child. It truly does take a village to raise a child, even if the village is mostly showing that child how to be a criminal, so he will decide to not be one.